Although there is strong talent in South Carolina, it is inevitable that at some point in life an artist may feel that he or she has reached as far they can go locally.  That to further their musical journey, they have to have to move outside the state in order to see if they have what it takes to make it in the industry.  If you fall into the genre of Americana or straddle the line of country and bluegrass, then that city is Nashville.  South Carolina has certainly seen its share of fine talent move onwards and upwards.  So, does it bother me that folks want to try and further their careers by making the move? Not a bit.  In fact, I think if they did not try, they would be selling themselves short.  However, this is not to say that a slick guitar sound and flashy grin can always get you to the top.  If you are trying to make something of out of your music career, the competition is very fierce.  Don’t go to Nashville and think you’re going to be special.  Be sure you have a backup plan to survive until you can make the necessary connections to sustain yourself doing what you really want to do.

If you have a strong local following and buzz about your music, you can certainly think about making the move to Nashville.  If you are successful in your own hometown, this will help give you an edge on the competition.   It is basic.  Fans play an important part in every musician’s success but especially in the first beginnings of one’s career. Always take care of your fans, they are the ones who will support and take care of you throughout you career.  And if you’re not getting noticed locally then realize Nashville is probably not going to notice you either.

Join some musician and songwriter organizations, such as the South Carolina Songwriters Guild.  Meeting and networking with other musicians will help you develop, enhance and improve your talents.

If your ego can handle it, you may want to spend some time and money on specific lessons, such as vocals, and maybe learn to play a few more instruments.  If you are young and just starting out, we suggest trying to find a college with a good music program.  Having a college degree can be a huge benefit to you and your future in the music industry.  Moreover, try and think out of the box when it comes to music degrees.  For example, music engineering can be a great backup plan to help fill in the gaps while you work toward becoming a full-time artist.

Nashville turns out singers every day.  However, it can be harder to say goodbye to singers who can also play an instrument, and they find it hardest to get rid of singer/songwriters.  There are scads of great singers in Nashville, and many are looking for that one great song that will make them a star, so the songwriters truly rule the town.  Songwriting is a learned craft and just about anyone can learn it.  Playing an instrument and learning the craft of songwriting are two definite advantages when attempting to attain success in the music industry.

Nashville has one of the highest concentrations of successful songwriters in the nation and there are plenty more that consider themselves songwriters.  Yet the ones who often make it big are not the best songwriters, but the “best re-writers”.  Rewriting a song is a knack, but it can pay huge dividends if done correctly.  Taking a song and rewriting it to appeal to the masses shows your willingness to do what it takes to make a great song.  Sometimes it can be difficult to compromise your craft for the sake of radio play considerations.  However, it does show can be flexible and agreeable.  You can stick more to your guns once you have made a name for yourself in the industry.

Once in Nashville you will certainly face rejection on your quest.  Try not to take rejection personally, shake it off, and keep going.  You may not have been what they were looking for at that moment.  Many greats such as Willie Nelson and Toby Keith have, at one point, been told that they could never make it.

Desire is your strongest ally when it comes to trying to make it in the music industry.  Keep this concept close to your mind and heart and you can indeed succeed. 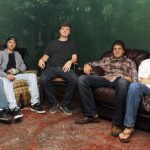 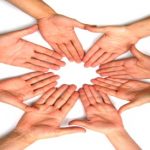