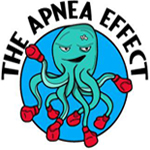 On a night filled with pop music desperately trying to rock harder, The Apnea Effect brought a driving alternative sound with dashes of progressive rock and punk, a concoction that rocks a little smarter. This progressive rock anchor gives their music an expansive, forward-leaning feel. It serves as both contrast and complement to a vocal style that connects them firmly to early punk. Stretched between these musical points is the spectrum where The Apnea Effect finds their sound.

The Apnea Effect’s composition and orchestration are impressive for a group of players from a generation in which progressive rock’s influence is less common. Their songs have evolved past the “verse-chorus-verse-chorus; maybe this one needs a bridge” structure. A wide variety of sections work together to make any given song an interesting trip, one that never ventures into the realm of over-indulgent instrumentalism. Instead, the different sections keep the feel moving and changing, giving each song a sense of mass. Tightly united time changes grab attention in transition between sections and are sharply executed so that no momentum or excitement is lost, even when the tempo drops. Instruments play some passages in contrasting times. Guitarists Brian Legree Jr. and Slade Johnson can interweave lines at times to build a dense and complex sound. Solos have purpose and shape, they contribute structure to the songs. Drum and bass lines from Zachary Dixon and Zach Dance can diverge to start a song with a palpable layer of tension for the guitars to dive into, or they can work together tightly to drive the set along with authority. These elements, combined with the occasional flash of instrumental technique, give their music a pleasantly progressive edge that runs through their catalog from the first song they wrote as a band to the title track of their new recording “Stay Calm.”

This progressive edge is balanced by a vocal style that is straight out of the early days of punk rock. Singer Joey Yaun’s approach is rooted in a genre in which vocal performance is more about the meaning of the lyrics and the emotional intensity of the song. This vocal style does not fit every type of music or suit every taste. Its flat inflection narrows the vocal range, tending towards the atonal and at times robbing both lead and backing vocals of power. Still, the vocals provide everything that the music calls for and provide some growling shouts that can punch up a song’s climaxes. Yaun’s performance provides a solid focal point for the music by pounding with tight energy around a stage full of half-stacks, a coiled conduit focusing the energy of the music and lyrics into a powerful performance that held the attention of an engaged audience.

There are plenty of pop-punk elements in The Apnea Effect’s music as well. Chugging power chords, double-time drum lines, and the classic pick-scrape appear often but they are never the sole drivers of a song. Instead, they carry their sections up to contrast with adjacent alt-rock hooks or progressive instrumental passages. Ranging between this variety of styles allows The Apnea Effect to occupy and explore a unique alternative rock space. The fact that they kept a crowd out late on a Wednesday night as the headliner of a four-band bill is a sure sign that there approach is finding its place in the local music scene. 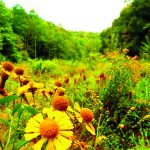