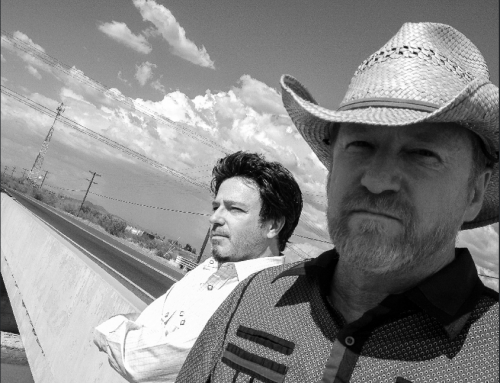 Wikipedia calls bro-country a subgenre of mainstream country music which mixes rural ideas like driving pickup trucks, drinking beer and dancing with girls to hip hop and repetitive guitar licks.  Wikipedia also refers to the band Cracker as bro-country.  With their punk rock, rock and roll influences and passion for quirky lyrics, it is difficult to try to pigeon hole Cracker into a specific musical style.  In anticipation for their bike week show at Spokes & Bones in Murrells Inlet, SC on Friday, May 18th, I had the pleasure of chatting with Cracker lead guitarist, Johnny Hickman.

I chose Johnny because his band mate David Lowery is known to be a bit cranky and cynical, and Johnny has more of a happy go lucky demeanor.  “We’re both moody singer guitar player songwriter guys, but you know you have to catch Dave when he’s in the right mood,” explained Johnny.   Even though Cracker formed in 1991, Johnny Hickman and David Lowery met around 40 years ago when their fathers were stationed at the same Air Force base in Redlands, California.  They struck up a conversation and discovered they both liked the same bands.  According to Johnny, “We talked about playing original music together.  I was in a band called The Dangers and Dave’s band would open for us.  Dave asked me to join Camper Van Beethoven after they lost their original guitar player, but I was already signed to a record label with The Unforgiven.  After knowing each other for 10 years, there was a lapse where neither of us were in a band.  We got together and came up with some ideas for songs and formed Cracker.  It was a lot of work and it took a year to get everything together, but eventually, we had a song on the radio and on MTV.  The video for ‘Teen Angst’ was a little too weird for mainstream, but it got played.”  Johnny describes Cracker as “a mixed bag influenced by the Buzzcocks, The Stones, Merle Haggard and Robert Johnson.”

David Lowery and Johnny Hickman are the songwriting nucleus for Cracker and the band has toured and recorded with Davey Faragher, David Lovering from The Pixies, Bob Rupe of The Silos, and Brandy Wood, who was an integral part of their 2002 album “Forever.”  Johnny explains “We had a great run with Brandy and did a lot of touring, but she’s a momma now.  She’s a fine singer and bass player who could come up with great backing vocals.”  Cracker’s current line-up is the same band that played on their great double album “Berkeley To Bakersfield” which came out in 2014.  “One record leans toward rock and the other one alt country.  For the most part, our current touring band played on that record.  It’s a fantastic line up with Brian Howard from Athens, GA on bass, Carlton “CoCo” Owens on drums and Matt “Pistol” Stoessel who plays incredible pedal steel guitar.”

Besides David Lowery, Johnny Hickman’s other longtime musical partner is his 1978 Les Paul guitar.  However, Johnny told me “It’s actually from 1977.  I took it apart and looked up the serial number.  I bought it in 1978 when I was a teenager.  It was new, but it had been in the shop for a while.  I guess not too many kids in San Bernadino could afford a Les Paul.  I couldn’t afford it either.  I’d hitchhike to other cities to give my blood for the $20 I’d get and make a guitar payment.  I didn’t have a car, but I had a Les Paul.  It’s been with me ever since.  It’s getting a little rickety now, actually, I’m getting a little rickety too.  I’m starting to play a beautiful Stratocaster that was gifted to me from a fan.  My back is hurting from playing and touring, so it’s a lighter guitar and it pushes me into a new territory.”

Johnny explained his songwriting process, “With Cracker, I’ll start off with a melody or progression and Dave will take it from there.  It’s up to me to frame it and Dave will tell me to come up with a big riff.  After the song develops a bit more, we decide if it is meant for Cracker, Camper Van Beethoven or my solo material.  I have a song I’m working on called ‘Everybody Hates Your Boyfriend’ which is a great title that I’m building on.  It’s like Morrissey to come up with a great song title, and build the rest of the song around it.  I like when people write songs about a misanthrope, like when Randy Newman wrote ‘Short People’ just to make people angry.  I wrote ‘Mr. Wrong’, for the first Cracker album and the guy is a little creepy, but still kind of likeable.  Dave likes when we create characters and let them speak, like in his song from ‘The Golden Age’ ‘how can I live without you, if I gotta get a job.’  It’s more interesting to write songs that are not about your summer vacation.  We write broken heart, silly songs, angry songs, love songs.”  I mentioned another great song from the Cracker self-titled album “Don’t F Me Up With Peace And Love” and Johnny told that it was one of Dave Lowery’s “first sketched out songs that David brought.  He was sick of hippies when living in Santa Cruz and he wanted to celebrate the bad things on the earth.”  Dave Lowery’s father was English, so he picked up on the English sense of humor along with his Southern leanings.  When discussing “Happy Birthday To Me” Johnny adds “David is one of these writers that doesn’t over think it, he just adds non-sequiturs to lines that he puts in there that make you ask ‘what did he say?’ It was one of the first songs that we worked on together.  We share the same birthday, but its not really about anyone’s birthday.  ‘Sometimes I wish I were Catholic, I don’t know why’, was a wonderful nonsensical line.  I was raised Catholic and Dave’s girlfriend back then was Catholic.  Also, ‘Low’ became one of our signature songs which was written spontaneously.  David turned me onto Middle Eastern music, and the riff was inspired by that, and Dave came up with the rest.  We’re smart enough to listen to record label people who told us to release ‘Low’ as a single.”

Johnny wrote a very interesting song on “Forever” called “Superfan”, which is about a stalker reminiscent of the villainess in Stephen King’s book/movie “Misery.”  Johnny says, “it’s like my own ‘Don’t Come Around Here No More’ (Tom Petty).  There’s a stalker fan that Petty had to get a restraining order on.  Occasionally, we’ll meet a fan and think that they are a bit creepy.  David told me to finish the song because he liked the opening line ‘and here I am you were talking to me I’m your superfan.’ I got back in that Smiths/Morrissey mindset and wrote a screwed up, really dark song.  It’s funny, but I don’t know if the humor comes through.  Everyone has a fan that they keep at arm’s length, or as Dave says, ‘keep them in the lobby’.”  After touring for over 30 years, Johnny says that most of Cracker’s fans have been fantastic.

Hickman’s preferred way to listen to music is “driving in my new used Subaru that has a CD player.  It’s so nice to listen to CD’s.  I like to have music in my hand and not in the ‘cloud.’  I like to have my CD’s handy and not worry if I have good wireless service.  I’ll also put rough sketches of a song together and record it on a CD and listen to it and figure out what I need to add.” 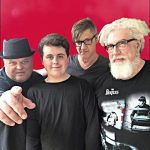 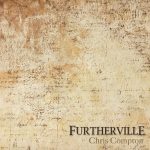