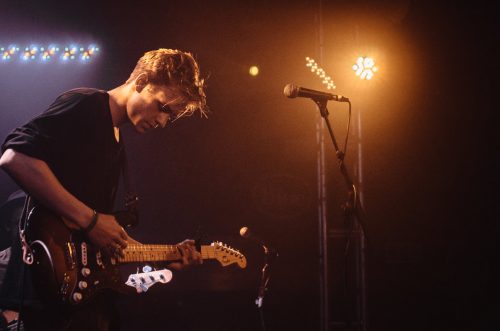 On June 5th at the Pour House in Charleston, Corey Harper headlined his first solo tour with openers Haley Mae Campbell and Tyler Boone. As I arrived at the Pour House, right at 7:30 when the doors opened, (I am always early to shows) I can tell I’m going to be in for a treat. I knew that I was here to see Corey Harper, but was greatly surprised by the fact the we got to see two of South Carolinas “up and coming” musicians opening for him. The first thing I did was get acquainted with my surroundings. If you haven’t been to the Pour House, you should! This place was meant for music. Two stages, great acoustics, standing room (my favorite) in an intimate setting, one of the best beer selections, and amazingly clean bathrooms (Trust us, this is important!). When you go to as many shows as I have, you rarely get that kind of combination, especially for $10 bucks at the door.

The crowd varied between young and in love, or young and yearning for love. Either way, you could feel the emotion in this small Carolina bar on a rainy Monday night. The evening began with two local artists, Haley Mae Campbell and Tyler Boone, both Charleston musicians who have developed a huge fan-base across the region. Haley Mae Campbell might be young (under 21) and small (about 4’11), but she definitely is a “small woman with a great big voice.” She looks and sounds right at home on the mic and commands the stage with what looks like little to no effort.  Tyler Boone made his appearance celebrating his return to South Carolina from Nashville, where he spent some time working and mastering his craft. He was showcasing a new single “Paper Wings”, which is very heartfelt and inspiring.

Corey Harper then took the stage in a first-time performance in South Carolina. You would have never guessed by the way he interacted with fans. He clearly made a connection with people here already. His reputation as a talented live performer preceded him, and an eager audience could not wait to see what he had in store for them. As soon as he walked on stage, the band began an original blues tune called “California Sun”, which was fun and cheerful as the name suggests with soulful blues chords. This musical style is a common theme with Corey Harper. Prior press has referred to him as the next John Mayer. In my opinion, his guitar riffs are more like Stevie Ray Vaughan. I was startled and had to make sure I was actually listening to this bleached blonde, west coast kid on stage!

With every new song, he was able to give traditional folk and blues his own individual touch. The rest of his band sounded great also, and gave the concert a well rounded sound. The slide guitarist did an amazing job, and the rhythm section was nothing more than rock solid. Even with this great band backing him, it was very clear that Corey Harper owned this show. His connection with the audience, folksy lyrics, and bluesy soul captured the hearts of everyone in attendance.

Overall, I think the performance was fantastic for this artist. We genuinely hope that he continues to stay true to his folk and blues roots. Not only does he have the look, the voice and musical gifts, he has done something that we haven’t seen in a long time.  He’s created a new generation’s love of the blues. Well deserved, Corey Harper. We can’t wait to see him again. 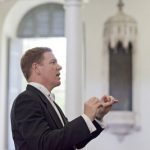 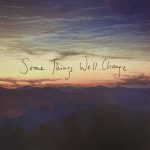