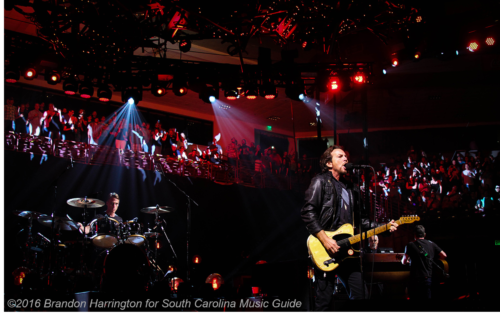 Over the years I have enjoyed listening to Pearl Jam. However, I have never been an ‘uber’ fan. Upon seeing them play Thursday night at Colonial Life Arena I am now convinced that they deserve every bit of praise that their faithful and loyal fan base bestows upon them. On an evening when the world was mourning the loss of beloved musician extraordinaire, Prince, Pearl Jam hit the stage and found the silver lining that allows music lovers to find their way back.

Coming on stage the band broke open with “Ocean” and “Low Light”, which set a slow and steady groove. With subsequent numbers they quickly changed course and cranked up the energy level for their fans by offering up numbers such as Animal, Lighting Bolt, and the ever popular Even Flow. Vedder and company’s default setting is flat-out, and they spent much of the evening in high gear.

Pausing a third of the way through the show, Eddie took some time to talk with the audience and voice his condolences on the passing of Prince, which had occurred earlier the same day. “Everyone in the band appreciated and admired Prince as a songwriter and musician. He was dripping with songs and was certainly a guy I expected to still be playing when he was in his eighties.” Eddie went on to say “Prince was one of the greatest guitar players in the world. He will be missed.”

As magnetic as Vedder can be, arguably, the real power in the band is guitarist Mike McCready, who rarely stood still during entire show. Pacing across the stage as he played, Mike would occasionally venture down close to the audience and let them see him work, while cutting loose on soaring solos. Maintaining his connection with the crowd, he constantly flicked guitar picks to eager fans.

After the band’s first break, Eddie came back onstage and noticed a woman in the audience with a Michigan license plate that says “VEDDER”. He asked her if she made it while she was in prison noting that Detroit woman are tough. He then spotted another women in the audience holding a Cubs sign. A huge fan of the ball club, he relayed to her that the score in the current Cubs game was 16 to 0. Incidentally, the Cubs pitcher went on to pitch a no-hitter that night.

If you have never been to a Pearl Jam show one highlight for me was the strong reciprocal relationship between Pearl Jam and its enormously devoted audience. Watching the energy flow back and forth between the band members and the crowd, the solid talents of Eddie Vedder, Stone Gossard, Jeff Ament, Mike McCready, Matt Cameron, and Boom Gaspar are at their zenith and on true display. Many bands might be better in front of a crowd but these guys are not only excellent musicians, they’re kindred spirits.

Touching the musical soul in the fan is Eddie’s greatest gift. He has the rare ability to make a sold out stadium show still seem personal and intimate. At one point he noted that it was his mother’s birthday, as well as Glen Hansard’s (“a great singer”). In true Vedder fashion he led the audience in a rousing version of Happy Birthday for her special day. Then, after his strumming the song “Rise” on the mandolin (first time ever played in concert, by the way), he went on to talk about how his mom had hawked her wedding ring so that he could buy his first guitar. He paid back her huge sacrifice by working a minimum wage job at Long’s Drugs until he could earn enough money to replace the ring. Stories like these are the backbone of the Pearl Jam concert experience.

Taking a cue from recent artists such as Bruce Springsteen and Ringo Starr, Eddie also explained the band’s recent decision to not play Raleigh due to the passage of North Carolina’s HB2, Public Facilities Privacy and Security Act, also known as the “bathroom bill.” Eddie stated “It was a very difficult decision, but one we had to make. If you question the timing it was because we were doing everything we could do to try and play the show until the decision had to be made.” He also noted that South Carolina has a similar bill pending S. 1203 (led by Lee Bright), but hoped that it would be rejected.

Eddie Vedder may be the best frontman in rock. With a hurricane howl, he’s got a great rapport with his audience, tossing tambourines into the crowd and receiving T-shirts, pillowcases and other memorabilia in return. In one instance, he even called out a young girl sitting on her father’s shoulders. Asking the audience to pass a tambourine back to her, the fans willing obliged. Throwing back red wine from a bottle during pauses between songs, Eddie displayed that he’s not about the flash. He just really gets off on what he does. Performing, doing windmill arm sweeps of his guitar, leaping off stage monitors in front of drummer Matt Cameron (which, in comical style, he did 3 times in a row). Eddie also took great delight in pointing out Jeff Ament’s T-shirt, which was designed by Jeff’s friend, Angel Olsen, and stated the words ‘UNFUCK THE WORLD’.

The culmination, of course, came towards the end of the show. After coming back on stage for their second encore, Eddie opened up the vault and released the song, “Chloe Dancer/Crown of Thorns”, which was obvious to the loyal fans, as well as a nod to both Mother Lovebone and lead singer, Andrew Wood. It was very fitting. Coming out of the song, ‘Alive’, as the Colonial Center’s house lights began to warm up, the band launched into Neil Young’s “Rockin in the Free World”. Neil Young would certainly have been be proud as they sustained the anthem fully in what can only be described as ‘loop’ mode. The songs momentum spilling over to the fully engaged crowd. As Pearl Jam wrapped up with ‘Yellow Ledbetter’, McCready slipped off at one point and played a few bars of “Purple Rain”, as a final evening remembrance Prince, before finishing up the song with the rest of the band. Like kids not wanting to come indoors from playing after dark, the band was gracious and appreciative of the energy in the coliseum. Standing on stage after the music had died off, they collectively clapped, waved and bowed to the audience, basking in the glow until the very last moment. As for the fans? Well, this show was ultimately about them and I got the impression that this was not an isolated occurrence. The band’s enormous gratitude and devotion to their fans is obviously what keeps folks coming back. Treat each performance as if it is your last time on stage. Indeed. 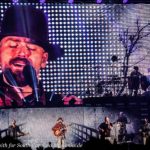 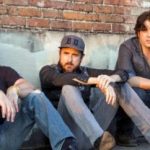