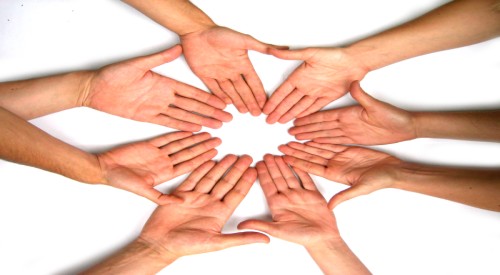 January marks the beginning of a New Year, and with it comes our annual quest to uphold the perfect New Year’s resolution.  From losing weight to being kind to others, the list can go on and on.  While there is no mistaking these annual rituals can be good for the body and mind, at South Carolina Music Guide we believe in a different slant on the traditional resolution.   Ours commitment is a gift to you, the listening and viewing public.  We are constantly striving to bring you and the South Carolina musical community together.  The first step on our quest is to prepare for you a list of the various media outlets that, like us, are doing their part to recognize the fine talent that exists within the Palmetto state.  Our end goal is to promote quality music within South Carolina.  By bringing focus to other websites, publications and blogs, we hope to help strengthen the musical connective tissue within our state.  Happy New Year, and may you be as dedicated to your goals as we are!

Here is a short list of other media type folks that are doing good things for South Carolina Music. **

SceneSC –  David Stringer has done a remarkable job in raising awareness of local and regional music in the Carolinas.  He began writing about the local music he enjoys and his site has blossomed into a full-fledged resource.  He has even released back to back compilation albums in 2010 and 2011.  Simply put, he is an enormous music fan that wants to spread the word.  We can relate!

The Free Times –   Started in 1987 by Amy Singmaster, the Free Times turned 25 years old in 2012 and is still going strong.  Primarily focused on Columbia news and arts, the Free Times has seen its fair share of music write-ups.  The music section is led by music editor, Patrick Wall, and Free Times does an admirable job of showcasing music in the midlands and around the state.  In addition, the Free Times is well known for playing host every year to the Free Times Music Crawl in Columbia, where local music reigns for one night around the city.

Kevin Oliver: Music That Matters –  As a music journalist and freelance writer for more than 20 years, you would be hard pressed to find an act in this region that Kevin Oliver has not covered.  A good writer with a penchant for telling it like it is; Kevin has carved out a pretty good niche for himself over on his blog.

Country Fried Rock –   Located in the heart of the Pee Dee region of Florence, Sloane Spencer of Country Fried Rock has quickly emerged with her coverage of the Americana/Country and Folk movement.   With a strong background in radio, Sloane shares a wealth of music knowledge with her listening audience on her weekly podcast music show.  Although she covers quite a bit of music outside the state, her site is very much in tune (no pun intended) with the musical happenings in South Carolina.

Metronome Charleston –  A regional Lowcountry blog, Ballard Lesemann does a fine job in covering not only the Charleston music scene, but he also taps into the comedy market as well.  With a knack for great observations, interviews and music reviews alike, Ballard has definitely tapped into the Lowcountry scene and presented a nice impartial package for the musically inclined reader.

Charleston City Paper –  Charleston City paper is the roadmap to discovering happenings around “Chuck Town”.  Boasting a variety of topics, they are a strong player in keeping up with the music scene in and around the Low country.  Very informative and up to date.

85-26.com –   Hailing from the Upstate, Interstate highways 85 and 26 cross in Spartanburg, and that marks the center of the entertainment crossroads in the Western Carolinas.  This group covers entertainment from Greenville/Spartanburg and Asheville to Hendersonville. 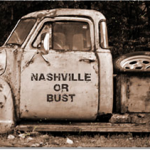