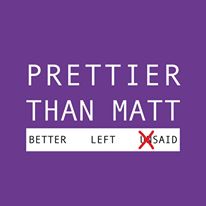 Parts of Better Left Said, the new Prettier Than Matt long-player, will sound familiar to fans of the Columbia folk-rock duo. Jessica Skinner (vocals and ukulele) and Jeff Pitts (vocals and guitar) have rerecorded half a dozen songs from their 2013 release Play Pretty along with introducing six new songs, all benefiting from the able hand of Kenny McWilliams at the studio helm. The resculpting of the old tunes works well and their transformations from sparse acoustic folk rock numbers into full band arrangements in most cases takes them to the next level. Adding Josh Kean (All Get Out, Danielle Howle) on drums and McWilliams on bass, along with Alderman Douglas (cello) and Sean Heely (violin) gives the whole affair a little more heft.

Some things don’t change in the PTM camp, however; Skinner still takes the lead on vocals here more often than not and it’s her point of view that infuses the songs. Her clear and sweetly ringing voice is well-balanced technique and emotion with a perfect pop sensibility. Lyrically, it’s mostly relationship-driven themes seen through a woman’s eyes. Jessica has a natural way of conveying an emotional persona that’s wounded, but tough. With vocals that often bring to mind modern country music, her attitude of a vulnerability tempered with a survivor’s ethos will strike a chord with many listeners of that genre.

The album starts out with one of the new songs and it’s classic PTM; winsome lyrics buttressed by strong pop foundations, Jessica and her ukulele start softly but the newfound studio playfulness creates a stronger package by song’s end. The bass and drums that constitute most of the revamps here change “Gotta Be More” from a folk ditty into an indie pop jewel. “Taken Away” benefits from the bigger sound and new instrumental break. “Nowhere to be Found” gets a real-deal solo and Skinners’ Pop-Nashville vocals shine through here along with newer tune, “Already Gone”. “No More Tears” might be the most radical make-over here, turning into a near post-rock opus, with its shimmering, almost -new age vibe. “Run” is maybe the most rocking effort here with some nice tough guitars from Pitts and it probably could have fit in with any of songs the duo put out in their other project, Deleveled. I was happy to see that my favorite PTM tune, “The La La Song” made it here. Maybe their most upbeat song (which isn’t to say that songs about heart break aren’t my bag), the gang vocals are a nice touch to what I consider to be a possible break out song for them.

So, it’s fuller and more pro, for sure. The new expansive sound doesn’t overextend itself, though. A bit more lavish, but at its heart, the band is still dedicated to pop music, whether its stylistic trappings are folk, country or rock. Maybe they have found their rightful, truest form here and years from now, despite being almost-veteran work at this point in their career, Better Left Said will be looked back upon as the group’s real origin story.

Recommended if you like: She & Him, Alison Krauss, Susanna Hoffs 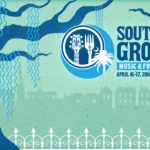 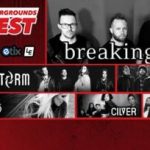