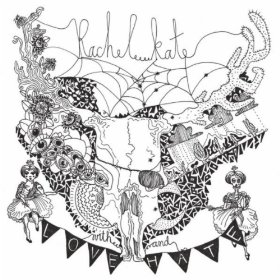 When Charleston’s Rachel Kate defines her music as “Power Folk”, she is not trying to re-market old niches of music under a shiny, new moniker; there is plenty of mighty brawn to her singing and a dynamic inspiration to her arrangements. Her enchanting and sure voice seems to draw from that same strange source of earthy magic that Stevie Nicks communed with. Her modern sound also mixes several varieties of older styles like folk, blues and country without any of them stepping on each others’ toes, creating a southern whirlwind of just Rachel Kate, knocking down power lines and trailer parks wherever she hits. The strength of her voice lies in her range, both technical and emotional, utilizing confidence when called for and invoking vulnerability when least expected.

Recorded at the Jam Room in Columbia with a strong backing band, the album is a tour of Rachel Kate’s sometimes volatile and at other times triumphant emotional landscape, with her great voice and assured songwriting guiding the proceedings. “Hell is Your Home” starts out with anthemic and folky country, a subtly explosive ode to a relationship gone straight to hell with the punch line to the not-so-funny joke being “thank you/ for teaching me how to hate”. “My Painting” brings a more hopeful point of view to the record with its acoustically driven folk pop and its wonderful glockenspiel(!) solo. The accordion is used effectively in more than one track, like in the dark cabaret of “Lost”, which reminded me of the Dresden Dolls in parts. “Oh My God” might be the most outré of all the songs. Starting out old-timey tin pan alley and ending with a jolting dose of hardcore gang vocals backing her up, it’s some unique business she is dealing in here. “Actress” is pretty much her epic track here, a killer uplifting sing-a-long worthy chorus anchoring her positive view of her future: “for now my cage is empty/ and I sold it away for free”. “Dancin’ Shoes” is modern pop-inflected country with a solid Neko Case feel. It shows she can handle a straight-up genre song and is probably the track here with hit potential. She throws out some perfectly torrid blues delivery on “Thanks Cheryl” and I can only wonder if the mouth trumpet solo here is a part of her everyday routine? The record ends with “Lullaby For Baby Jack and Esme” and it is just that: a sweetly sung acoustic bid for some drowsing that ends with a touching lo-fi recording of Rachel’s young niece singing and strumming on a ukulele. It’s a soft moment to end an almost too short, sometimes bracing ride and a personal way to bid her audience farewell at the end.

After all the comparisons are said and done, Rachel Kate stands on her own as a charismatic and inspired singer, almost larger than life, even. The whole affair oozes individuality and even her nominal affiliation with folk really has nothing to do with the current bureaucracy of modern folk singers and its sometimes rigid definitions. I think we might have to look forward to the possibility of Rachel Kate becoming very famous and leaving our fair state one day and we can only wish her luck if that comes to pass. Wait, what was I saying? Rachel Kate, please… please… don’t leave us. You are helping to keep the music of South Carolina both relevant and enjoyable and I thank you.

Recommended if you like: Stevie Nicks, Gillian Welch, Neko Case 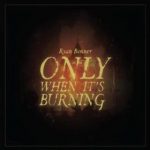