The punch in the gut sound of the kick drum. The deep thumping bass licks and sharp, stabbing guitar melodies. Damn it feels good to actually FEEL the music. This is what is Radar vs. Wolf is all about. The four-piece Alt-Rock group from Nashville has the genre squarely in their pocket but likes to bring a good bit more than just a catchy tune to the stage. “We feed off the energy the energy of the crowd,” states bass player Craig Schlesinger. “Snappy melodies, we like to let them sing.” Personally, there are times when I just want to crowd to shut the f@#! up (a Jason Isbell concert for example) but at Radar vs. Wolf, bring it on. The audience serves as a chorus that gets to share in the performance.

Radar vs. Wolf began in 2009 when James Bratton and Tomas Gorrio met at an open mic. James was in a band called Boy and the Wolf while Tomas was playing in a group called Radar. Hence the unusual but unforgettable name Radar vs. Wolf. The band is has a great deal of new material of which they are eager to put in front of a new audience. This will mark the band’s first appearance in Columbia but certainly not their last. The band also has a new album in the works set to be released next year. “Probably one of my favorite tunes to play right now is ‘Stick to my Guns.’ Great melodies, guitar, bass…all around it’s just a really good tune.”

The band is staying busy playing over 20 dates in November and is planning on over 150 shows next year. With all of the constant touring it can be difficult to find time to write and develop new material but the guys and Radar vs. Wolf have found a way to make it happen. “It usually starts with James and Tomas writing the songs. But something really cool happens when we all come together,” states Schlesinger. They focus on the melody first, which I think it the best way to approach a song.” The result is something that is firmly alt-rock but with an eclectic approach to musicianship which helps to separate them form the mainstream genre.

These guys are road worthy. They can tell you the best place to eat in Pensacola (a food truck that sells Kobe Beef Burgers) as well as the killer venues. The best compliment they’ve ever received was that they were “punk rock kids who’ve grown up are trying to play the Beatles.” They are HUGE supporters of individual liberties and want to throw a shout out to the SC Chapter of Students for Liberty. They’ve been cranking Peter Gabriel and Jimmy Eat World in the van listening to their tunes I get that. These are guys paying their dues and making damn good music doing it.

Joined by Bo Jack Dawson and Kissed by Monks 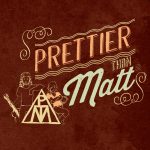 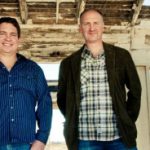