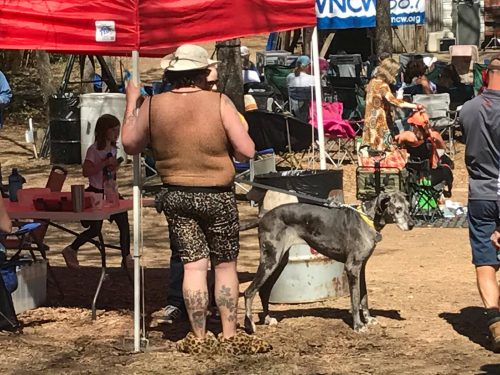 I am not a seasoned Fes-Taa-Vull attendee, but here I am writing about my first experience at the Albino Skunk Music Festival. If you don’t have the time to read this entire article, I’ve included the short version of my review in the following sentence: I’m going back.

The weather in rural north Greer, SC couldn’t have been better, and the drive up to the Skunk Farm was nearly as therapeutic as the festival itself. The property is located 7, 17 and 21 miles from the downtowns of Greer, Greenville, and Spartanburg respectively. The stage is nestled in the woods in a valley, creating a natural amphitheater. At the top of the amphitheater were 4-5 food vendors in addition to local beverage companies, The Community Tap and Six & Twenty, and 15-20 craft vendor booths. Guests bring their own chairs, or even couches, and leave them in their claimed spots for the entire three day festival. It’s a short walk from campsite to the stage, and a result of the topography of the property is that the music can be heard everywhere.

I was impressed with the family-friendly atmosphere. There was a separate stage for kids, where I heard a group of musicians singing “my grandma makes the world’s best chicken pie” to a group of youngsters completely enthralled with the song. Children ran wild over the property, swinging on rope swings, assaulting each other with silly string, and playing on playgrounds that reminded me of my childhood. I made a mental note to bring my hypothetical future offspring here to remind them that there was life before Little Einsteins and virtual-reality grade school, which I’m sure will exist by the time my children do.

For me, the most important part of the entire festival experience was the overarching “good vibes” feel that never wavered. From the parking lot attendant to the vendor with an entire tent full of tie-dyed clothing, there was a sense of peace and time-traveled tranquility. I spoke with as many patrons as possible, and the positivity never wavered with any of them.

In those conversations, the overwhelming first response I received when I mentioned that it was my first visit was that the diversity of the music is what brought them back. While each group that took the stage did fit the overall atmosphere of the event, they displayed a great variety of sounds, styles, and skill. The two first artists I saw went from a trio consisting of guitar, violin and drums, to a five piece band singing five part harmonies and playing at least a dozen different instruments, including a late 1800’s pump organ. After that on the list were genres such as “sassy sister folk,” and “swamp funk.” Backstage I was able to ask Jon Stickley of The Jon Stickley Trio to confirm that I had indeed heard them play a medley of the Jackson 5, Nirvana, and Jimi Hendrix, all layered over their version of the classic fiddle tune “Blackberry Blossom.”

In the end, I wish I had known about this festival earlier. It is an escape from the daily grind, and a uniquely relaxed event with something for everyone. I’ll be back next time with my tent, and I’ll be there early to find a good spot for my old couch to sit for the whole weekend.

This article was submitted by Dan Johnson from Greer, SC. Dan’s a jack of most trades and master of fewer. His 8 – 5 job involves business networking and sales. On the side, he does woodworking. He also plays guitar and bass, sings in a local alternative blues rock band, and performs at his church. His favorite live music experience so far was front row seats for Eric Clapton in 2012. 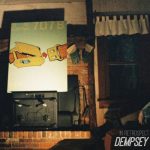 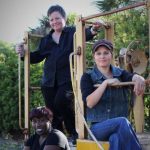