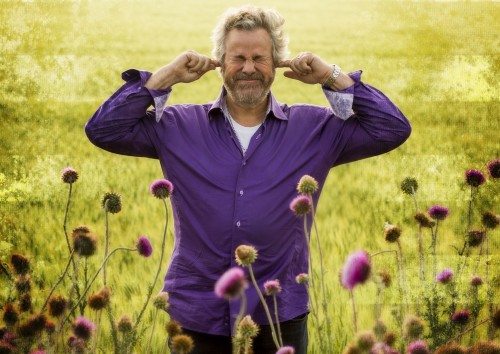 Robert Earl Keen is closing in on three decades of touring and putting out his unique style of Texas Country Rock in the vein of Jerry Jeff Walker and Steve Earle. He has become the elder statesman in the genre and yet continues to push new boundaries and maintain an eclectic audience. Keen’s albums contain some of the best songwriting America has to offer, and his live shows are just a damn good time. His latest album Happy Prisoner: The Bluegrass Sessions pays homage to his bluegrass roots. It’s mostly a collection of standards played by a crazy talented group of musicians, including guest artists Lyle Lovett and Peter Rowan. The songs are still sung with Keen’s familiar southern drawl, which makes each word resonate and sit heavily in the mind of the listener. I had the chance to speak with him prior to Wednesday night’s show at the Music Farm – Columbia and chat about songwriting, college kids, and my mom.

Your album has received some pretty great reviews and by all accounts has been well received by your fans. Does that surprise you at all since one of your strengths has always been your songwriting?
I didn’t have much expectation at all. My biggest obstacle was to make it feel authentic. I knew I wasn’t considered a bluegrass singer. I worked real hard at making it sound clear and real. I am surprised that friends, family and fans have gone out of the way to tell me how great they think this album is. I had an old Kentucky man wave me down to tell me how great he thought the album was and he almost teared up talking about it.

Is your songwriting process fairly organized, or does it look like a crazed conspiracy theorist with sticky notes and chicken scratch drawings all over the place?
Nah, I wish it was [more organized]. I bought a book a while back that said 90% of writers have a rigid schedule of writing. I guess I’m an outsider. I am not that person. I write at night, outside the green room, on the bus. It’s not inspirational. It’s just when I feel like writing, I just go somewhere and write.

So with a song like “Shades of Gray,” how much of that is real and how much is fiction?
That was somewhat purposeful. It has a true anchor to it about the Oklahoma bombing. The crime they commit with the stealing of a cow was a piece I got from some cousins. The guy Bob, is a crack-pot who’s since died.  He was a cross between Andy Warhol and Charles Manson.

You’ve had a great deal of success on the college circuit. Thing is you get older, they stay the same age (stole that line from Dazed and Confused). Has your audience changed since the “Gringo Honeymoon” days, and if so how?
One of the great things I keep joking about is that I’m the Milton Bradley game of entertainment. I have fans of ages and all types. Each generation of college students rolls over about every five years. Some of them are older and have kids. I’m a lot more all over the map than I used to be.

Some have called this a departure from your core material, but seems to me bluegrass has always been felt in songs like Front Porch Song, Tom Ames’ Prayer and others.
Yes. I learned how to play the guitar behind fiddle players, alternating bass and drum kind of thing. I became a huge fan of bluegrass style harmonies that are little more square and stacked. Based on the more spiritual stuff. I’m a big fan of that kind of stuff. When I write songs I’m using those cadences so I never really left bluegrass. I’ve also never felt confined to a certain style. I’ve enjoyed a great deal of stylistic freedom in my career.

You’ve played a whole bunch of venues and towns around South Carolina such as Newberry Opera House and Charleston Music Hall (saw you on my birthday there and ran into Bill Murray). My mom also went backstage and spoke with you, which was hopefully a far less memorable moment. Do you have a memorable moment from South Carolina that you can share?
It was a blast last Halloween in Charleston with everyone wearing costumes. That show was certainly a memorable one. Great time. I’ve always had some good times in North and South Carolina but that show last October was pretty special.

I’ve seen you do the un-miked thing at shows occasionally. What about that appeals to you as a performer?
I believe that people either consciously or unconsciously believe that you can feel as well as hear music. Through a sound system you can sort of lose that sometimes. You can remind people that that is where it comes from. I want to touch them with that reality. It doesn’t always work based on the acoustics of the venue, but people always appreciate the effort.

How’s it been going with your new label Dualtone? They have some pretty great artists including South Carolina’s own Shovels & Rope.
I worked with [label founder & CEO] Scott Robinson 15 years ago, and I’ve admired how he’s continued to thrive through tumultuous times in the music industry, and I liked him. I didn’t have a plan for this record and just made it on my own. I didn’t have a label but after it was over Scott was at South by Southwest and I visited him and mentioned that I did this record. He called me up the next day and loved it so we put it out. It was a really great sign that I didn’t have to go knocking on doors to find someone willing to put out the album.

You’ve been collaborating with some folks in Nashville, Music Row guys, in the songwriting process. What’s that been like?
I’m loving it. It’s rejuvenating. The fresh blood and new ideas and excitement. There are more formats than they’ve ever had, and it occurred to me that I’ve been standing outside the engine, but I haven’t been part of the songwriting community. But it is not just Nashville. Historically you can look to New York and LA to find a community of songwriters such as Cynthia Weil, Barry Mann, Carole King and others that have made huge contributions.

Saw you take the stage at Merlefest this year. How was it playing this new material to such a rabid Bluegrass audience?
I don’t know. Ask anybody out there. I thought we killed it. I have a strong fanbase in North and South Carolina. It was really a great show.

What can fans in Columbia expect to see this Wednesday night at the Music Farm?
This show will be a mix of old and new. We have 7 people on stage and there will be some bluegrass and there will be some Road Goes On Forever. I’ve got the heart of an entertainer so I’m not going to waste people’s time. I’m not going to do some dumb shit like only play two songs or a bunch of stuff no one has every heard before. I’m going to put on a show. 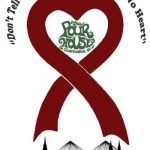