Popular band, Slightly Stoopid, is heading to the Riverfront Park tomorrow evening in North Charleston. The band, who has been on an almost non-stop tour for over a decade, will play hits from their latest album Meanwhile… Back at the Lab, as well as chart-topping tracks from over 20 years of their original music. Fusing punk, reggae, and ska, with blues, metal and punk, their sound is distinctly unique. Fans have shown their appreciation for the band’s eclectic 8 album history by making their latest release one of the most successful of the band’s career. Meanwhile…Back at the Lab hit #16 on Billboard, #3 Alternative Albums, #5 Rock Albums, and #12 Tastemaker Albums. On Facebook alone, they have over 1.1 million likes! Tommy Chong (Cheech and Chong) states, “What I’ve seen of the band, you guys got soul. You got so much soul. You make Jamaicans jump up and down.”

The band is made up of co-founders Kyle McDonald and Miles Doughty, with both being multi-instrumentalists, drummer “Rymo” Moran, percussionist “Ogeur” Ocon, saxophonist “Dela” Delacruz, keyboardist Paul Wolstencroft, trumpet and trombone player Andy Geib, and their “unofficial” 8th band member Karl Denson.  Doughty says of their private label and recording studio, “We  started  Stoopid  Records  around  1999. At  that  time,  we  were  in  transition  as  far as   what   we   were   doing   with   our   records,   and   we   thought   it   would   be   good   to   have   our   own  independent  label — like Sublime showed  us  back  in  the  day  with  Skunk  Records.  What’s  nice  is  we’ve  had  a  following  with  the  fans,  where  people  understand  that  Stoopid  Records  is  Slightly  Stoopid,  as  well  as other  bands  we  want  to  help  break  out.”

This musical experience will be the 2nd time that Slightly Stoopid has headlined an event at Riverfront Park. The festival experience will also include guest bands Iration, J. Boog, and The Movement. Doors will open at 5pm with the show beginning at 5:30. All ages are invited out to the beautiful park for a refreshing summer evening of fun on the water. Tickets are $35 in advance, $40 at the door. Make your purchase today and save here. 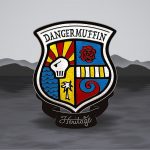 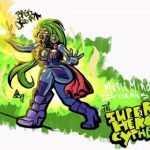