The first half-length CD release from Columbia’s Soda City Riot is a satisfying collection of old-school style punk. Clocking in at less than 30 minutes, this 10-song CD features mostly punk-by-the-numbers music influenced by Bad Religion, NOFX, Misfits, Minor Threat….. if you already know these bands, you know the rest of the comparisons. Soda City Riot’s shout along cathartic choruses, and nonstop driving guitars, are made to ignite mosh pits. A cover of INXS’s Don’t Change drops right in the middle, complete with the original’s synth line.

The last song, “Like Flies,” threw me for a loop, however. The previous 9 songs covered only 23 minutes, four of which featured sampled audio clips, and another 4 was an 80’s cover. Really, that left only 15 minutes of original music. I knew that “Like Flies” was going to be their longest song, so I expected more samples or another batch of teenaged humor. Instead I was treated to the most complete song of the CD, about the amount of friends who have died. Sobering, to be sure. Out of place? A little bit. But a solid end to an unapologetically rude and snotty punk record. 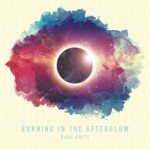 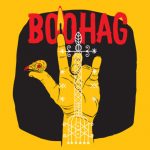