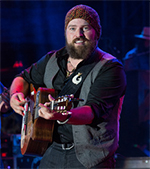 The 3rd installment of the Zac Brown Music and Food Festival hit Daniel Island this past weekend with sold out shows and a wide variety of entertainment for the eclectic group of people attending from as far away as Chicago to locals in the lowcountry.  Saturday kicked off the event with some of the greatest entertainment of the weekend and a fantastic array of food from excellent chefs, including one of Charleston’s very own, Craig Deihl, Executive Chef from Cypress Restaurant.  The atmosphere of the festival became more intense and exciting throughout the day.  Blackbaud Stadium became a booming center of electric intensity with crowds in the thousands eating from the bountiful food trucks on site, many of them drinking Jack Daniels and other cocktails, then dancing to music provided from country to flamenco to other engaging artists.

The transformation of the stadium into the highly successful festival was a beautifully planned exhibit.  The entrance area opened up into the food court and the “Landshark Stage”, with food trucks from Home Team BBQ, Bon Bhan Mi, Roti Rolls, Jack Daniels, and of course the Southern Ground Food offerings from the highlighted chefs.   With the delicious smells of pulled pork and crispy pork wings teasing our senses, we continued into the stadium itself to become acquainted with the layout.  The main stage was located at the opposite end with the pit area located just in front and general admission behind with access to stadium seating on the side.  On both sides of the stage were table seating arranged for those who wanted to experience the luxury of fine dining mixed with a close up encounter with their favorite musicians.  Those seats sell out in minutes, as one might expect!  Continuing around the left side of the stage was the VIP area, an area typically used as a children’s playground.  The décor was a handsome show of books turned into succulent planters, snacks, cocktails and of course, dinner hosted by Home Team BBQ nightly.

While the event was a fully loaded arsenal of fun and excitement, there was an undercurrent of philanthropic activity toward Zac Brown’s new “Camp Southern Ground”.  This camp has been under construction for several years and is anticipated to open in 2015 with proceeds coming from these festivals and other fundraisers.  In Zac’s words, “Camp Southern Ground will work with special needs children while providing them with lodging and facilities to most effectively contribute to their rehabilitation.”  An organic farm will support all the produce needed, also with a large highly trained staff on hand to assist in therapies and offer other positive influences.  Activities to be offered are zip lining, horse riding, arts and crafts, rock climbing and much more.  One dollar from every ticket sold this year went directly into the foundation’s fund, and throughout the food court there were other opportunities to donate and win prizes.

The live performances began promptly at 1pm and continued throughout the day, closing out with Zac Brown’s band with guest stars John Bell and Clare Owen.  Some of the highlights throughout the day begin with Holly Williams, Hank Williams Jr’s daughter, who sang a song taught to her by her famous “grandpappy”, Hank Williams, Waiting on June.  This powerful medley is a story of a man who met the love of his life before heading to war.  After losing his friend in battle, he made the promise to make June his wife upon returning home, which he promptly does.  The lyrics show a life of love and partnership that ultimately results in their final days living in separate beds in a nursing home, where he is left waiting for June to come in for a goodnight kiss.  Sadly, he passes and continues to wait for June until the final line leaves one with a shiver in their spine, “No more waiting on June…”  They have united once again in Heaven.

The AJ Ghent Band brought a nice crowd to the Landshark stage with a cool funky sound that made us want to get our groove on and get down.  AJ Ghent, the founder of the band and lead singer, played his hit song, “Elevator Love”, about a fickle lover whose love goes up and hits the ground over and over, befuddling the artist.  The backup singers/dancers were a treat to watch with their fun and sensual style in addition to the band’s prowess with other original songs.  Some members of the crowd, having had a few libations at this point, were pointedly dancing, swinging and enjoying the change of pace throughout this segment.

Dawes hit the main stage around 3pm.  This folk rock band turned the main stage into a rock’n roll superdome, as brothers Taylor and Griffin Goldsmith offered some of the best harmonies of the day, with Griffin killing it on drums throughout the set.  Taylor led the group through hits from their upcoming album, “Stripped Down at Grimey’s”, set to be available on Black Friday.  Noting the staging heading into the crowd, Taylor comments “If we could afford wireless guitar cords, I’d have been all up and down the (center) stage.  But we can dream.  One day, we will get there together.”  The crowd went wild in agreement that they, in fact, will certainly get there.

Fitz and the Tantrums hit the stage with a huge opening, singing their popular songs Moneygrabber, Breaking the Chains of Love, and other indie pop hits from their debut album, “Pickin’ Up the Pieces”. Michael Fitzpatrick’s and Noelle Scaggs’ chemistry onstage, in addition to the band’s overwhelming popularity with the crowd, proved that they are comfortable and capable instrumentalists and lyricists who are well traveled and have performed many other venues, such as SXSW, Jimmy Kimmel and on Daryl Hall’s Live From Daryl’s House series.

Unfortunately, rain reared its ugly head at this point, and we had to take shelter in the VIP area.   We were able to listen to artists Natalie Maines while dining on Home Team BBQ’s pulled pork, brisket, collards and a well-selected choice of sauces.  Landshark’s beer washed it down, and the Jack Daniel’s tent offered alternatives.  Jack Daniels Single Barrel Whiskey was a favorite cocktail.

Zac Brown closed out the evening with wildly screaming fans enjoying the spectacular light show and sit in guest artists Clare Bowen from the popular show, Nashville, and John Bell from Widespread Panic.  After such a successful day, we decided to cut out a little early and get ready for Day 2 in anticipation of upcoming artists Willie Nelson, Kenny Rogers and the final Zac Brown Band concert of this year’s festival.  Saturday’s lineup was an absolute joy to the senses.  Sunday’s lineup will prove to be equally, if not more, entertaining than Day 1. 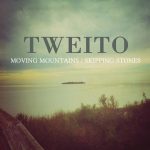