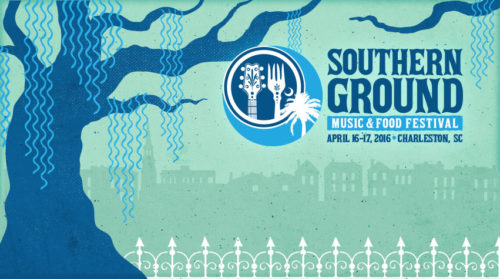 The Southern Ground Music and Food Festival, hosted by Zac Brown Band, is coming back to Charleston on April 16th and 17th! The well-attended festival is the only one of its kind in South Carolina and incorporates two of Zac Brown’s passions, great music along with exquisite culinary delights. A plethora of bands are expected this year and include classic artists such as the Marshall Tucker Band and Bruce Hornsby & The Noisemakers. Other bands on the lineup are the Tedeschi Trucks Band, Sam Bush, Kacey Musgraves, Thomas Rhett and a whole lot more. You can see the full lineup here:

The culinary side of the festival is just as exciting as the music, with James Beard Award nominees joining the effervescent Chef Rusty Hamlin to create a diverse and esculent array of dining choices for the crowds. Super-VIPs will sit on-stage and receive high quality service, a four course gourmet dinner, and and up-close experience with the performers as well as an open bar. VIPs have their own tent, TVs, and dinner nightly with bar choices also available. General Admission ticket holders will have access to many food trucks as well as a special hub where Chef Hamlin’s famous New Orlean’s style jambalaya will be served. Island Noodles, Roti Rolls, Cru Cafe, Fresh + Jive, and other popular Charleston trucks plan to offer SGMFF specials throughout the festival.

The South Carolina Music Guide talked with Matt Mangano, bassist for Zac Brown Band, about the upcoming festival. Here is what he had to say.

SCMG – You’ve been working with Zac for a long time, starting with the recording studio. Your friendship is obviously pretty solid. How has your friendship changed now that you’re touring?

Matt – You know, I don’t think it’s really changed except now we’ve gotten to know each other a bit better. We have always had a good relationship, working together and hanging out as friends. As a band our friendships have all grown together. We haven’t even seen each other for a couple of months now. It’s nice to take a break and come back together to find out why it works so well in the first place. It’s a cool working relationship.

SCMG – You have an impressive background of your own in music (He started off as a kid in the middle school band, acted as Drum Major for his high school marching band, and eventually graduated from Berklee with a degree in music).

Matt – Yes, I started in 5th grade with alto sax. My dad had a guitar, so I started guitar lessons at the same time. The guitar opened a whole new world to me. Berklee was a great experience. I didn’t know quite what to expect. The friendships and relationships you make there are everlasting. I met Clay Cook there, and 19 years later we are playing in a band together. A handful of people I still work with started in Berklee. I was actually roommates with John Mayer.

SCMG – You’ve worked with John Mayer in the past and are still good friends. Is there any way that he might perform a surprise set during the Southern Ground Festival in Charleston?

SCMG – Who are you most excited to work with at this year’s festival?

Matt – I’m real excited to see Sam Bush this year. He always puts on a good show. The Tedeschi Trucks Band too. Those are some of the highlights for me. Bruce Hornsby is going to be there. We also have good friends like Hunter Hayes, Kacey Musgraves and Thomas Rhett performing. We’ve played shows with many of these artists before. Cam, the country singer who sings “Burning House”, will also be performing – and I really like that song.

SCMG – What is the complete collection of instruments that you currently play?

Matt – Alto sax, guitar, bass guitar. I got into bass guitar by default. No one else was willing to do it. Sometimes the person who is the most brave steps in and takes up that instrument. However, I ended up really enjoying playing bass. When you see people dancing to music, it’s probably because of bass. I also play piano. Here’s an interesting thing – I have my grandmother’s piano, my father’s guitar, and the bass guitar from my high school band. I’ve managed to collect all of the instruments I first learned to play.

It’s interesting to note that in Zac Brown Band you have 8 different guys. On the surface, we all do our job on stage, but there is so much more depth to each band member. We all have diverse skills and know many different instruments, and that gives the band another dimension in musicality both on and off the stage.

SCMG – Have you ever visited Zac’s camp for special-needs children, Camp Southern Ground? What can you say about it if you have?

Matt – It’s an amazing place. They are moving forward with it, and constantly building and improving it. It’s inspiring, out in the woods, and you feel really connected to the land when you’re out there. Very special, each of us do what we can to help support it. I believe that proceeds from our shows benefit the camp, and we all take personal pride in the progression of it.

SCMG – Have you had the opportunity to visit Charleston before? We have quite the foodie culture here, and you will be hosting two of our culinary geniuses at the festival. What’s your favorite part of the festival’s food experience?

Matt – Oh yes, I’ve been to all of the previous Southern Ground festivals. My favorite part of the festival’s food experience is when Chef Rusty Hamlin roasts a whole hog. If he does that again this year, I’ll be real happy. They just lay it all out there and you pick which cut of meat you want. It’s all amazing. He’s one of the most talented chefs around. 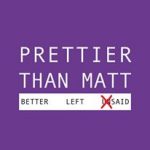