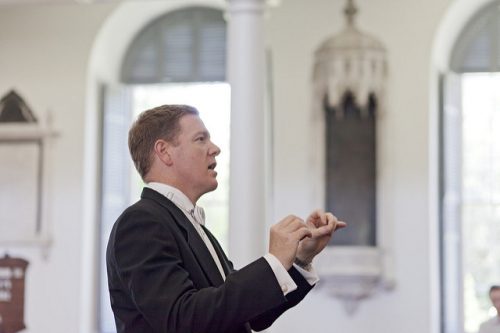 As witness to the Westminster Choir and Conductor Joe Miller’s inaugural concert for 2017’s Spoleto USA, I found I was asked to breathe with them, to journey with them through their voices, through music from many spheres and imagine the revolution of a day, the revolutionary act of living each moment of a day to find and celebrate the extraordinary in the ordinary happenings of daily life.

It was a tall order, especially with no intermission. Yet the vocal skills and repertoire sung a cappella in the acoustically beautiful Cathedral Church of St. Luke and St. Paul by the Westminster Choir left me no other choice. While the context of pieces were sacred, their holiness was well-rounded. In spite of tight seating and the warmth of the day, all of us eager listeners were carried through a lifetime in an hour, and we left wanting more.

Entreated to begin the imagined day with both a Latin hymn and the insistence of Brahms, the concert began with some vocalists taking the stage as others joined them by walking down the middle aisle of the sanctuary, carrying the audience with them visually and sonically to where we needed to begin. Maestro Miller’s welcome and guidance on when to applaud was humorous although difficult to hear with the sound system available but his joviality was infectious. Perhaps we listened more intently from that point.

There was no need to strain to hear the choir however. From the melodious first sound of low voices to the billowing of the highest voices, the tone, dynamics, and tuning of the choir and soloists was pure and polished throughout. While there appeared to be some balance and diction issues at times, especially in the beginning, as well as some wandering eyes by choir members, the sounds set forth from their lips were clear evidence of why Westminster Choir has been heralded as one of the most prestigious music programs in both the USA and the world for many years. And Charleston is fortunate to have had the program presented to Spoleto USA 2017 be the one the choir will present, as invited participants, at the International Federation of Choral Music’s World Symposium on Choral Music in Barcelona Spain in July 2017.

American composers highlighted the middle of the day-long journey. Sacred harp, spiritual, and ring shout music beseeched the audience, as it did Shakers and slaves of the past, to keep going, keep your eyes on God. And the choir pulled the audience in again by using their space well, dividing themselves between a ring in the center of the nave and a gathering at the chancel area to let the bold delivery of this belief loose. Singers physically leaned into the words and historically handed-down notes, learned by ear more often than from the page, and brought the bodies of the audience with them. How could we not surrender?

The piece I personally found most compelling was Kile Smith’s “Yes, it’s beautiful” from The Consolation of Apollo. Bringing vocal skills demonstrated throughout the concert, the Westminster Choir layered and split sound in ways that both intrigued the listener’s ear as it made the music whole. Overtones took this listener as far as the moon itself. Wonder appeared to overtake some members of the choir as they moved, by handbell lead, to combine into groupings that elevated their a cappella resonance in the room. It was stunning to hear the overlay of words from a newer world and a more ancient one in this selection, but to simultaneously see singers tuning in, almost listening as loudly as they sang made me look heavenwards too.

At the waning of the choral day, the quote by Mother Ann Lee, Shaker leader, that begins the Conductor Notes in the Spoleto Festival guide, crystallizes in the articulated flow of repertoire for this performance; “Do all your work as if you had a thousand years to live, and as you would if you knew you must die tomorrow.”  As Paul Crabtree’s “Death and Resurrection” from The Valley of Delight forces us to hear over and over in the choir’s proficient, accomplished diction “Free from sin. Free from pain,” and it felt to me like a prayer and a blessing.

In the final official music offering, Laudibus in Sanctis by Latvian composer Ugis Paulins, the audience is led alternately by small groupings and the entire choir through what seemed at times tentative or inconsistent vocally, (from my self-chosen seat at the back of the sanctuary) but eventually expanded into a sacred and invigorating rock opera. It’s bottom line, “Hallelujah!” On the way out the door I heard no one wish for less than what they found on this marvelous musical journey. If standing ovations from the oft times seemingly sedate audience, encores and extras delivered by the choir, and lines to buy CDs after the concert were any indication of Westminster Choir’s talent to spin a day into an hour of deep delight, the June 3 concert might be one you want to get tickets for now. 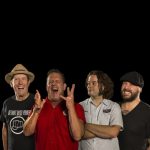 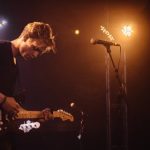