It is a strange delight to hear an artist with a wealth of time playing finally release an album full of original material late in a career full of profound experience. Winnsboro native Susan Douglass Taylor has been involved with music all her life but her first release of her own work has been delivered decades later than the time most artists start rolling. The songs are great, as one might think, but not because she has been storing them up and honing them for many years. According to Taylor, she wrote all of these just recently, which hopefully portends more songs and albums from her in the future.

With a heavily experienced background in bluegrass and folk, her “Great Falls Road” is a foolproof mix of the two with some country thrown in, making it perfectly pure Americana. Her gentle yet determined voice evokes Linda Ronstadt at times and Emmylou Harris at others. I can even hear a little Juice Newton, maybe? Her guitar and banjo playing show deep proficiency and although there is plenty of amazing studio talent backing her up, this is clearly all her show. You can hear a core appreciation for bluegrass and folk, but the ghost of ‘70s west coast country rock seems to haunt the proceedings and this specter is familiar and welcoming.

Taylor takes the listener on a journey through our state’s bucolic surroundings, starting with the title track, which intones “Here in Carolina/ There’s a place I call my home”. Affectingly personal, most of the songs here have plenty of great little details embedded in the lyrics that bring us closer into her everyday moments. “Little Town” explores the minutiae of the same in a way that will stick long after the song is done. “Old Brick Tavern” is a tribute to a treasured venue stricken by fire and adds another piece to the geographic puzzle she has built here.

Susan is a great inspiration to all of us who have aspired to create music but feel our window of opportunity might have been bigger in our younger days. Hopefully, Susan Douglass Taylor is ready to continue with her original output; if these songs are any indication, she still has a lot to say.

Recommended if you like: Flatts and Scruggs, Linda Ronstadt, Emmylou Harris 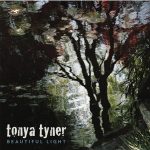 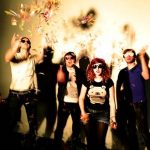