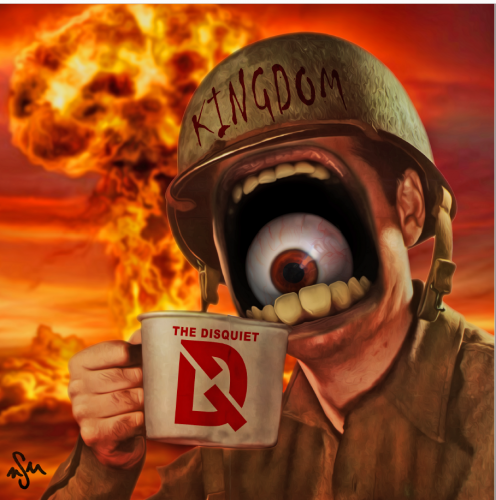 After listening to the new Kingdom EP by Columbia band The Disquiet, I was not surprised to learn that some band members were previously in the group Cover of Afternoon, whom we reviewed here several years ago. Alex Roberts’ unmistakably great vocals are once again evident, with a penchant for exuberant emo dramatics delivered with some pro chops. Alex and Tom Bright (of Starseed Project) both hold down guitar duties, while Ryan Johnson on drums is also a veteran of Cover of Afternoon with Joe Greene (of the great Emory Lane) handling the bass. The band shares a common sound with its precursor, inevitably reminding listeners of a time when post hardcore ruled the land, but in addition to the expected mathiness of the talented players here, there is an edge that goes beyond busy playing and translates to a wonderful aggression that stops before it becomes too hardcore or metal. “More enervated, much less settled and comfortable” as the band puts it and it shows. Recorded at Archer Avenue Studio with Kenny McWilliams, who knows a thing or two about this kind of rock, the EP is a short but sharp dose of expected professionalism – it sounds like it could have been made for a ton of money in a huge studio. It just sounds “bigger” than a local release should.

Five tracks coming in at less than 20 minutes is an optimal way to introduce the band without wearing out its welcome. The songs themselves are fast paced and the music showcases the swirling basslines of Greene, the busy, interlaced guitars of Roberts and Bright, and the changing gears of drummer Johnson, who takes the feel from mathy to poppy in a second. The vocals can go from super radio ready (like on “Tolrah“, which I assume is a reference to an old Cover of Afternoon tune, lyrically) to straight old school post/ emo, but they will be the draw here for a lot of folks. I’m immediately reminded of so many great bands of a bygone era like Boysetsfire or Shades Apart, ones that balanced harder edged music with anthemic but heartfelt singing and lyrics. Describing the lyrical themes that Roberts explores here, bassist Greene says, “Yes, a lot of the music centers around struggles with anxiety, self-doubt, fear of the future – but with the idea that there still is hope. Not to wallow in it, but to share with others going through the same feelings that they are not alone.” You can definitely feel the band reaching out to it’s audience with open arms and not a little bit of disquiet. They will be hitting shows around the state and even further, if possible. You can find the record for purchase and streaming at the usual suspects, check them out at Apple, Amazon or Google Play. 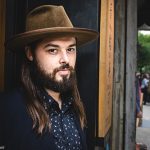 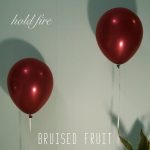