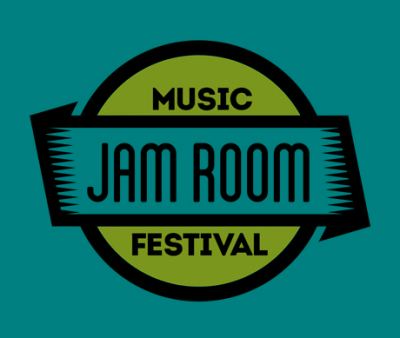 Festivals are a thing of the now. The paradigm for becoming a career musician has changed, and the music festival now plays a much more important role. There are a LOT of music festivals. If your city doesn’t have one, or hell-even two or three, then your city is lame. So with so many festivals crowding the calendar one might think, “This music festival thing must be easy! I should put on one, after all it’s really just a big party with a couple thousand or so of your closest friends.” Whoa there Bill Graham. It is a bit more involved than tapping a couple of kegs and making a facebook event.

Hence is why so many festivals do not last. Many tank out due to ineffective management, poor booking strategies, or simply bad timing. Now in its third year, the Jam Room Music Festival has firmly established itself as the premier music festival in the Midlands. Founder Jay Matheson has built a solid, experienced team to orchestrate a free event that continues to remain financially stable and musically relevant. There is a very real connection between those putting on this festival and the local music scene and that enables them to tap into what will work here in Columbia. What the Jam Room Festival does best is bring a talented collection of rising stars together with proven indie rock acts and showcase them in a fun, relaxed atmosphere. It’s as if the festival is saying to its audience in a totally friendly and unpretentious way, “You really need to be listening to these guys. They are putting out some pretty fantastic music right now.” The resurgence of Main Street only adds to the allure and vibe the Jam Room Festival has managed to create. Come out and support the scene this Saturday at the corner of Main and Hampton Streets in downtown Columbia and be sure to hit the afterparty at the Music Farm beginning at 10pm. Its one day long celebration of music.

Superchunk – These guys were anthem rock before it was a genre. A little punk and a lot of fist pumping cathartic rock. I have a soft spot for fast tempo tunes with the drummer playing half-time. They do some of that. Great band that is a real catch for this festival.

Southern Culture on the Skid – They’re strength is their lyrics, but they do have some mighty fine musicianship to pair with them words about “Fried Chicken and Gasoline.”

Adia Victoria – Southern Gothic evokes images of Savannah cemeteries draped in moss a la In the Garden of Good and Evil. When applied to music, it fits Adia Victoria quite well. A South Carolina native now living in Nashville, she is exactly the kind of artist this festival is anxious for people to hear.

Leagues – Perhaps my favorite band in the lineup, these guys are out of the well documented rock scene in Nashville. Great guitar tone, well written lyrics and vocal harmonies, and catchy hooks give these folks the potential to be the most talked about band on Sunday morning.

Megan Jean and the KFB – Charleston-based duo that has a killer washboard and banjo thing going on. Energy on the rocks with a side of Appalachian foot-stompin’ music.

Shehehe – Self described “New American Jet Rock” that works well on a bill with Superchunk. I’m eager to hear them outside when they can seriously turn it up and get loud.

The Love Language – Very cool tunes that combine a listenable nature with an interesting twist. Sometimes it may be the choice of instrumentation, and other times it’s a unique chord change or a fascinating lyric. In nearly all cases, the result is something that you want to hear more of.

Other acts to check out: The Reverend Matthew Mickens and the New Highway Travelers The Defibulators The Whiskey Gentry’s Keith Mead E.T. Anderson 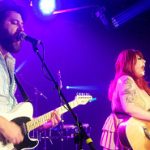 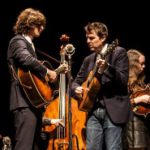