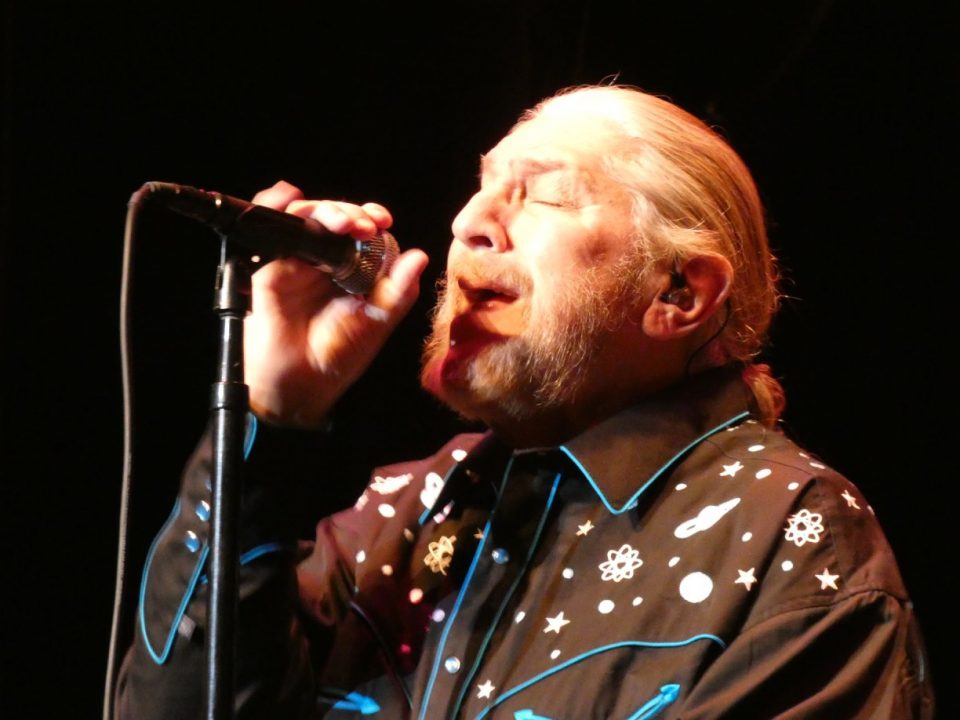 For almost half a century, the standard bearers of Southern Rock has been a band that got it’s start in Spartanburg, South Carolina and got their name from a set of keys. The Marshall Tucker Band first started touring in 1973, opening shows for The Allman Brothers, and it didn’t take long before they were headlining their own tour playing everything from baseball stadiums to backyard sheds. After twenty-two studio albums, three DVD’s, seven Top 100 singles, and more compilation albums than a Phish fans vinyl collection, it would be easy for lead singer Doug Gray to rest on his laurels and call it a career. That’s not his style though, and more often than not, you’ll find Doug on stage belting out Fire on the Mountain, Can’t You See, Heard it in a Love Song, and all the other classics from The Marshall Tucker Band Catalog. Doug was kind enough to take some time out of his schedule to talk about growing up in South Carolina, his influences, and who he thinks could fill his shoes.

JB – What first drew you to music as a young man growing up in Spartanburg, SC?

DG – One of the most interesting things was that my Aunt played the piano in church, so I went to church every Sunday ’til I was around ten. I watched her, and she would play at home too, but there was something about it. I wanted to take piano lessons, but I was no good at it after I took ’em for a few years. So that was my first moment of, “hey,  this might be something I’d like to do”. Then I started listening to the radio and I found myself singing along with the people on the radio. Around this time, there was a band from Spartanburg called ‘The Sparkletones. They were the first band from Spartanburg to ever play on the Ed Sullivan Show. I remember watching that show as a young man and I realized, “man, that’s probably as cool as it could be”. They had a song out that hit the charts called ‘Black Slacks’, and that shows you how far back this was. That was probably the most interesting part, those guys being from Spartanburg. Everyone in Spartanburg can play some instrument or sing, and everybody wanted to be a part of it. I always just planned to walk up and show people I could do it.

JB – Take the Highway was the first song on y’alls debut album, why did you choose this single as the first thing people heard when the needle dropped?

DG – It was probably the most unique song that we had out on that whole record and we knew if we got your attention with that first song, with the guitar going through it, it was certainly something that was different. As I tell you this now, you can go back and listen, and you’ll hear that guitar being played through that Hammond Leslie Cabinet,  you’ll say, “I wonder how they thought of that”? Well it was just something that was being done at that time. Paul Hornsby told us, “let’s put that through there”, and we tried and it worked. Putting it out there let people know that we were a little more rock and roll than some bands that had been coming out of Spartanburg.

JB – What was the first moment where it hit you that you may have hit the big time with The Marshall Tucker Band?

DG – Hell, I’m still lookin’ for it, brother. You know, one minute we played for 84,000 people with Skynyrd this year and then we went out and played with Zac Brown and Kid Rock. Opening shows like that and always being out with The Allman Brothers…you never thought about if you made it or not. You just thought about if you did a good job that night. You’d go back to the hotel room and look out over whatever city you’re in and think about what you did that night, and that’s always been a beautiful thing I still do to this day. You recap that day and see if you’ve given it all that you could. You see if you’d change it and see how I’d change myself and how would I have the band change it so I can see how we’d make it better the next night. So there’s no great time that we realized we’d made it. We’ve played The White House, Madison Square Garden, we played Kenny’s Castaway, which only holds 60 people, and three weeks later we opened for The Allman Brothers sold out show in Madison Square Garden. So did we make it? We pulled up in a Dodge Van, so it doesn’t matter. It doesn’t matter how you arrive or how you leave, it’s what you do with you job when you’re working at it. South Carolina has a lot of that built in to all aspects of everything everybody does.

JB – Who were some musicians or bands y’all were inspired by when y’all were coming up?

JB – Who would you say are some of the young up and comers you see carrying on the sound of Southern Rock for this generation?

DG – You mean who do I think will still be around in twenty years? I’d say Zac Brown and Blackberry Smoke, and there are several more. Certainly Darius is doing his job, being a South Carolina boy. There’s a lot of people out there. I think those are the people you’re going to listen too. Of course, my nephew is in Zac Brown’s Band, that’s Clay Cook. I’m very proud of him. He was with us for about eight years. So he’s great, they’re great, and they’ll be around. Oh, and The Marshall Tucker Band will be around in twenty years even if I’m not. ‘Cause there’s some great people out there that could fill my shoes any day.

JB – You recently turned 70 and The Marshall Tucker Band is almost five decades in, what do you attribute your longevity too?

DG – You know, I got friends everywhere in the world but I can come back to Spartanburg where my home is. Then I go to Myrtle Beach, then I take a quick drive to Charleston and hang out at Folly Beach and people might recognize you, but they don’t know who you are, you know what I mean? It’s very humbling when some kid comes over and says, “my mom told me who you were, can I have an autograph or take a selfie” and I say of course because that’s what this is all about. You know, people from South Carolina are not afraid to say we’re from South Carolina. We’re a proud group of people. Let’s face it, there was a time when you went to a foreign land and the people didn’t know about Marshall Tucker Band. Now, you mention Marshall Tucker Band and those people will say, “Oh they’re from Spartanburg, South Carolina”. So we’re the most unidentifiable and identifiable people you’ve ever met from Spartanburg, South Carolina and we make sure to say where we are from every night during our stage introduction. 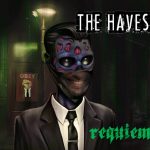 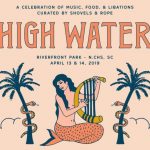