When the Royal Tinfoil, one of Charleston’s most delightfully original bands, threw an album release party at The Pour House on James Island a couple of weekends ago, any number of things could have happened. After all, TRT has become known for their balls-out, rollicking live performances, although to call the band unpredictable live would be stretching it, since they always turn in a quality show. Still, as openers Blair Crimmins and The Hookers stepped up to the stage, a very vocal group of that band’s fans stepped up front and center, and started jitterbugging their collective asses off. The sight of these twenty-somethings doing the Lindy Hop with wild abandon seems to only energize Crimmins and his band, who hail from Atlanta. Echoing bands such as Squirrel Nut Zippers and The Asylum Street Spankers, Crimmins and The Hookers laid down a blistering set of songs that sounded as if they were written more than a century ago. Actually, some of them, like “Alexander’s Ragtime Band,” actually were. The band’s originals dovetailed nicely in with the classic covers though, and that three piece horn section? Forget about it. I was in retro heaven. At one point Crimmins led the horns into the crowd to play among their fans, and Crimmins himself even hopped up on the venue’s bar to sing a few bars. It was a hell of an opening act to try to top. These guys are so into the early 20th Century era of music that they actually sell their own brand of pomade at the merchandise table. Eat your heart out, Dapper Dan. Count me in as the latest fan of Crimmins’ music. I’ll go see them anytime they come to town.

So after a good solid hour of Crimmins and his boys performing songs like “Oh Angela” and “It’s All Over Now” while the swing dancers twirled themselves silly, it was time for the evening’s headliners. Lamont “Mackie” Boles and Lily Slay stepped up front and center with their guitars, flanked by bassist Brad Edwardson, drummer Marshall Hudson, and keyboardist Whitt Algar. TRT kicked into “Worst Kind of Bad,” an upbeat and infectious track from the new album, “Feed These Demons,” complete with harmonized “Whoo-oohs” inserted in such a way that the song was stuck in my head even before hearing the new CD (more on that in a bit). It was also Slay’s birthday that weekend, so to say the band was in celebration mode was akin to saying that water is wet. The sizable crowd packed into The Pour House sang along with more than a few of the songs from TRT’s previous release, “Well Water Communion,” particularly “Die Already,” which starts with Slay crooning “Excuuuuuse Meeeee!” in the most un-Steve Martin-like manner ever. Seriously, I still get goosebumps when I hear that opening. The new songs were received well too, and as the show wound down TRT invited the horn section from the opening act to join them onstage for a couple of songs during the encore. A birthday cake for Slay materialized out of the crowd, and the front woman blew out her candles before performing one more song, after which she politely curtsied and pulled off her red wig, flashing her not-quite-bald head and getting another cheer from the crowd.

Although it won’t be widely available until later this winter, TRT made copies of “Feed These Demons” available at the Pour House show. I’ve listened to it numerous times since the show, and continue to find new sounds and experiences on each listen. Recorded locally at Truphonic Studios, the album had been eagerly anticipated by TRT’s fans. I had a chance to sit in on a session about a year ago at Truphonic, and was impressed by the amount of work the band was putting into the album. All that toiling definitely paid off. Everything about the album, from it’s gorgeously colorful and cryptic cover art (if ever album art deserved deserved the wide open spaces of a full sized vinyl record, it is “Feed These Demons”) to the variety of musical styles contained within, makes this CD a joy to own. I’d rank it right up there with Shovels & Rope’s latest, “Swimmin’ Time,” as one of my favorite releases so far this year. From the growling and ominous kickoff of “The Noose,” to lighter kazoo-leaden fare such as “Limousine,” this is about the farthest thing from an album with a formula sound as one can get. That’s what I love about TRT. This is a band full of music lovers, of eclectic music listeners, and the endless influences provide an abundance of riches for the band’s listeners. 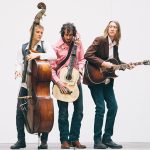 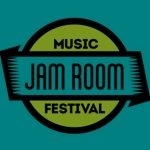