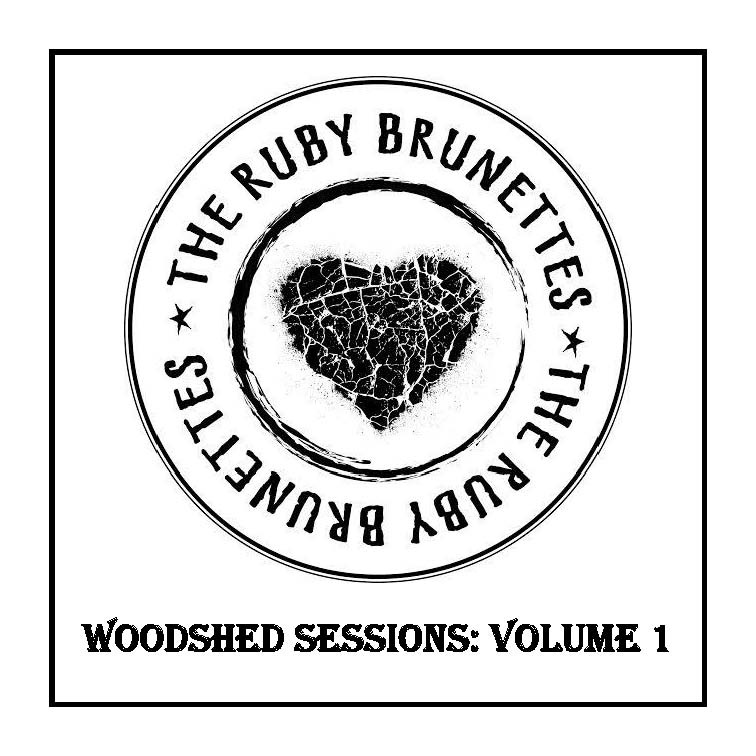 Columbia’s The Ruby Brunettes wowed us with their self-titled debut album last year and it was a great, unexpected and nearly singular local entry into the more slowcore style of indie folk. Now known simply as the Ruby Brunettes, for their live EP “Woodshed Sessions: Volume 1”they have pared down the sound to that of more conventional folk and Americana, while still keeping their own special brand on that variety of traditional music. This newest release is a 4-song EP, recorded at the Woodshed Archive in Columbia, which is an artist’s organization dedicated to preserving records of local Americana music. Done in a “liveish” setting (before a crowd with almost no recorded evidence of said audience), the band sounds polished and the recording is clear and professional. Personnel wise, we still have Chris Compton leading the charge on vocals, guitar and songwriting and once again he is backed up with terrific harmonies from Catherine Allgrim who is also the bass trombonist. Ken Mixon handles percussion and even the perfect kazoo solo on the song ‘Family Band” and Chris Paget keeps the upright bass rolling under the whole proceedings.

The aforementioned “Family Band” starts us off and it’s an obvious departure from the mellower material of last year. More upbeat and keeping a traditional folk architecture, it’s also a showcase for the great harmonies of Compton and Allgrim, which remind me of the energy between X’s John Doe and Exene Cervenka, especially in their folk incarnation of the Knitters. “Back of Beyond” features some nice whistling from all band members, more solid vocal harmonies and takes aim at gospel-tinged country, stylistically. “Lazybone” recalls straight-up‘70s folk rock with overtones of James Taylor or Jim Croce. Intensely catchy and with a near-whimsical protagonist like “Lazybone Billy” (“he’s drinking up the rum and coke/ he’s rolling up a little smoke/ down by the stream”), I could even draw a comparison with Jimmy Buffet’s older, folkier stuff. In a way it falls out of line from Compton’s previous allegiance to modern darker folk like that of Will Oldham, but the change of demeanor suits Compton and never seems inauthentic or trite. Even the last song “Lies”, with its admonishing chorus (“don’t believe a word/ not even this”), is still fairly buoyant and the bass trombone makes its strongest appearance here and adds a lot of unique, almost jazzy character.

I have to admit that I wasn’t expecting such a foray into more established Americana after last year’s record, but the Ruby Brunettes don’t disappoint as a trad folk band, either. Compton still writes great lyrics and his vocals might be a little more user-friendly here, befitting the less experimental nature of this project. It’s still very impressive and if proof is needed that the band can deliver in a live setting, look no further. A full album of this quality would be amazing and we can only hope…

Recommended if you like: The Knitters, Jim Croce, older Jimmy Buffet