With a name and sound that invoke thoughts of nostalgia and simpler times, The Steel Wheels are sure to stay true to their rural roots. However, these four gentlemen from the Blue Ridge Mountains of Virginia also stay focused on the future and moving forward. This mindset is clear on their latest album, Wild As We Came Here, the Americana/Bluegrass groups first release in four years. This is the groups first album that features a percussion section, and the addition of the extra layer of sound has garnered high praise from both fans and critics.

The groundwork for The Steel Wheels began being laid in 2004.  Trent Wagler (guitar/banjo), Eric Brubaker (fiddle),  and Brian Dickel (upright bass), studied at Eastern Mennonite University in Harrisonburg, Virginia.  Wagler and Dickel played in a punk/alternative band until the attraction to acoustic music overtook them. While Trent learned flat-picking and Brian learned to build guitars, the pair performed as a duo. Eric eventually came on board and after seeing the trio perform, Jay Lapp (mandolin) joined in. After a few EPs and LPs under a variety of names, the ensemble officially branded itself as The Steel Wheels in 2010 All four members of the band grew up in Mennonite households, and the name is a nod to steam-powered trains, industrial progress, and the buggies of their Mennonite lineage.

Wild As We Came Here was recorded in Maine inside of a renovated farmhouse that was originally built in the 18th century. Away from the noise and lights of Nashville and New York, the band hunkered down for 10 straight days without leaving the property. The result is an album that adds new textures, depths, and themes to their sound. The track, “To the Wild”, explores the complex coexistence that modern society has with the nature, from exploitation to preservation. Wagler wrote the title track after reading a news story about a man who desperately starts bidding at a land auction – even though he had no way of paying for it – in order to prevent oil and gas companies from destroying the natural beauty of the area. Exquisite harmonies remain a strength of the band as well, shining through on “Sing Me Like a Folk Song.”

After almost fifteen years, the simple act of singing together – something that carries them back to their Mennonite heritage – is still incredibly special. Fans of Americana, Bluegrass, Folk, and good music in general can see the band perform at The McCelvey Center in York, South Carolina on February 17th. The Steel Wheels are the second performers in The Southern Sound Series, a set of concert dates featuring performers who personify the sounds the South was built on. Tickets and information on the show and the upcoming tour can be found by visting www.thesteelwheels.com. 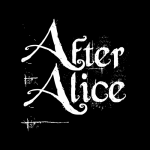 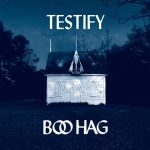