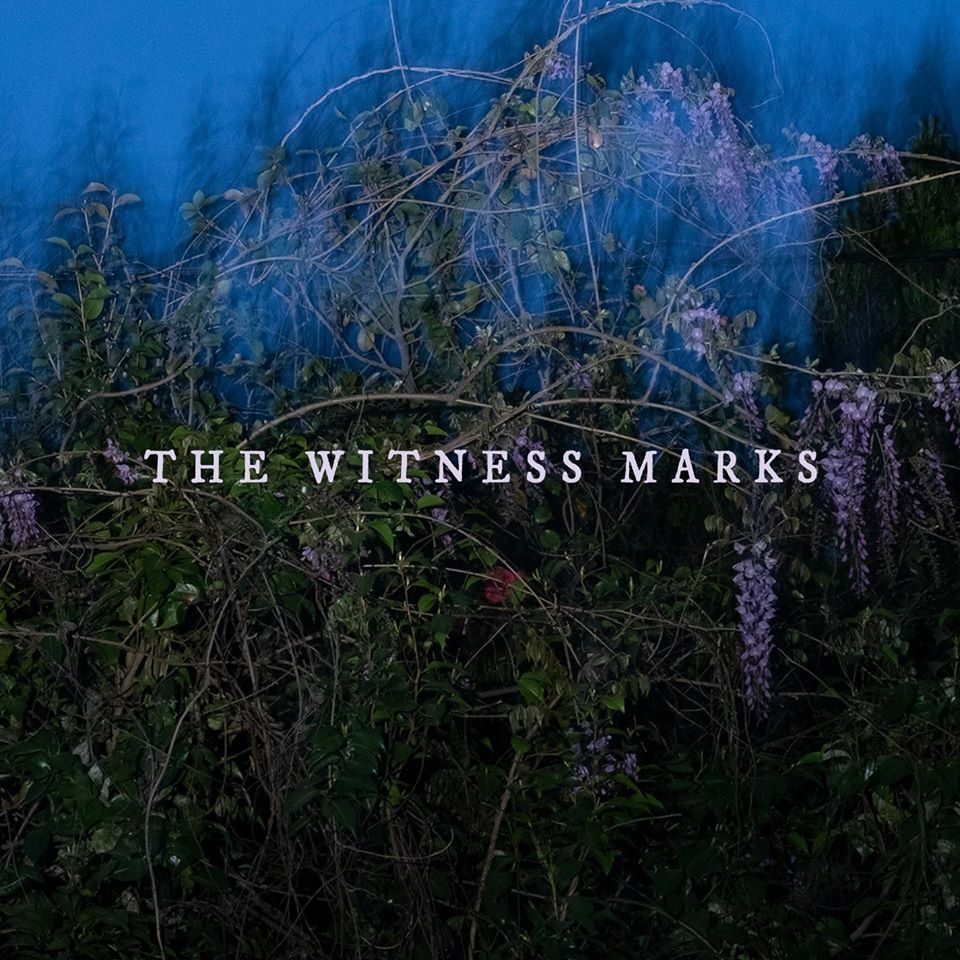 Whiskeytown’s song “Jacksonville Skyline” from Pneumonia includes what I consider an iconic (if slightly awkwardly phrased) lyric that epitomizes much of the modern Americana music genre: “I was born with an abundance of inherited sadness.” I couldn’t get this phrase out of my head during listen after listen of The Witness Mark’s soon-to-be-released eponymous debut.

The Witness Marks offers a thoroughly fine, earthy collection of songs about romantic and other human relationships (mostly failed or failing or re-failing or all three) and the minutia of life experience (mostly disappointing, soul crushing, and often ugly) – which as far as I’m concerned is exactly what a good roots-oriented, folk/Americana/rock album is supposed to do. The songs exude loss, regret, disconnection, desire for reconnection, setbacks, addiction struggles, new challenges, and even undercurrents of violence. Yet, of course, they are all still just really great love songs at heart.

In total, there is no doubt The Witness Marks knows how to craft songs – with wry, powerful, and literate lyrics coupled with the rolling, rambling, and sometimes even ramshackle melodies that underly them. The writing and musicianship are mostly excellent throughout – delicate and old-fashioned where it needs to be, and more bold and upfront (also just when it needs to be). The song lyrics include specificity in detail reminiscent of modern short authors like Raymond Carver or Larry Brown, and most of these songs are exceptionally well constructed in exactly that literary, story-telling way. As a bonus, their twang factor often goes to straight to 11, and I’m fully thankful for that.

Right out of the gate on The Witness Marks are four truly fine Americana/roots-rock songs (“Better Man,” “Change Your Name,” “Happier With Me,” and “Birthmark”) that capture that same kind of honest link to traditional American folk music that the best alternative country and Americana music can do while still feeling modern, relevant, pertinent, and new. Starting with the first strum and plaintive strings of “Better Man” and the ensuing the lyrics “I know you blocked my number last time you caught me hitting on your best friend at your birthday party,” we know we are in for some pretty decent stories. From the break-up/make-up/break-up cycle of “Better Man” to the you-can-change-the-scenery-but-you-can’t-escape-your-own-nature motif of “Change Your Name” to the rueful regret in every line of “Happier With Me” (which I think is the second best song on the album) – we’ve really got something going here. And then there is “Birthmark,” with its stark piano note opening, plaintive underlying fiddles, and close to perfect verse/chorus story line of accepted underlying desperation (exemplified by the lyric “I don’t know if it’s a birthmark or a scar”). Inherited sadness, indeed. And brilliant.

Other album highlights include “You’re Lying,” where Moses Andrews’ organ, as well as the backing choruses, makes the song sound like a recently unearthed basement tape of a side project of The Band sometime in 1968 (with 25 or so of the band’s drunk friends singing along, but only in the best way). “Another Chance” is easily the most Bruce Springsteen-y and straight-forward rock ‘n’ roll effort of the batch, and it rolls and rocks quite satisfyingly, just like a Springsteen song often can. “Paradise” is strong enough but feels too much to me like a full-on Conor Oberst song, with more off-kilter vocals over a more traditional song structure and harmonies. To be sure, this song lets The Witness Marks’ guitars out of their cages, and the harmonies/backup singing are spot on. But similar to a lot of Oberst’s work, the underlying song behind the lead vocals is better than the vocal delivery, which to me feels more distracting than actually more artistic.

I know that last comment will likely get me punched in the face in certain Bright Eyes fandom circles, but therein lies one of my two criticisms. Ethan Fogus’ vocals are (I think in a sort of intentional way) rougher, more angular/flatter, and less truly melodic than some artists in the genre. Much like Conor Oberst or Greg Brown or M. Ward or Richard Buckner (the last being maybe the best example) – the songwriting (and the songs) are primarily excellent, but the vocals can be a little off-putting (even if I admittedly like every one of those listed artists). I think this effect is most noticeable in “Paradise,” but it’s there at some level in all of the songs.

My second criticism requires maybe a little more build up. In 2016, Julien Baker at Shaky Knees Festival performed in a t-shirt that read “Sad Songs Make Me Happy.” And by god I adhere to that sentiment wholeheartedly, especially in the genre that The Witness Marks inhabit. Yet unfortunately every good thing does have its limits. Where songs like “Birthmark” and “Happier With Me” and “Long Way Home” work very well at a slower pacing with exceptionally sorrowful story lines and an overall longing plaintiveness, other songs like “Honey Hole” and “Each Room” start to collapse a little under their own thematic weight, even with arrangements that remain sparse and delicate. To me, the stories are too detailed, the scenarios almost too maudlin, and so consequently they don’t feel as fresh and cathartic in their execution as the earlier tracks. I’m not saying these songs are bad (they are not). And bands as truly successful as The Avett Brothers (and oh yes you, Conor Oberst/Bright Eyes) sometimes (often?) also fall victim to that exact same sameness of overly sad emotion deeper in their albums where maybe we have just had enough of that. In a music genre I genuinely love, this tendency is always a danger:  i.e., albums that seem to include a few tracks that feel like they could show up on something called 2000 – 2020 Generic Americana and Roots Music Sampler by “Your Favorite Interchangeable Modern Alternative Folk Artists.”

But you know what? I’d listen to that Sampler. Probably a lot. So for me on this album, you edit out two (possibly three) songs, and I think The Witness Marks goes from pretty damn fine to maybe sublimely excellent.

(Catch The Witness Marks live for their Album Release at The White Mule in Columbia, SC, on Friday, May 24, 2019) with The Post-Timey String Band and flower shopping).

(Co-produced by The Witness Marks and Zac Thomas and recorded live at the Jam Room in Columbia, SC, except for “Each Room,” which was recorded by Damon Moon at Standard Electric in Atlanta, GA. Mastered at Fish Eye Mastering by Zac Thomas.) 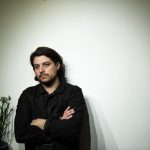