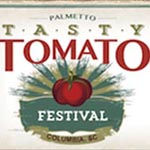 Homegrown feels good. The word conjures images of backyard gardens and summer picnics, garage bands and camping trips. Whether the context is food, music, or the outdoors, embracing the homegrown makes you a native. And in South Carolina few things are more revered than being a native. This Saturday, homegrown food and music will be served up family style at the annual Tasty Tomato Festival at City Roots Farm in Columbia, SC. Now in its 5th year, the celebration of all things tomato has become one of the most popular events on the social calendar for midlands residents. The festival is presented by Sustainable Midlands and serves as a fundraiser for the organization, which among other green initiatives encourages folks to buy local and eat local.

From the beginning the Tasty Tomato Festival has had a solid lineup of quality musical acts for tomato connoisseurs. But even if your palate can’t handle Heinz Ketchup, you’ll want to head down to City Roots to check out this year’s musical offerings. English indie-rockers Scars on 45 are joined by The Alternate Routes as co-headliners. However, many readers of this site will most likely recognize the names of Charleston-based roots rock group The Tarlatans, the radio-friendly rock sounds of Luke Cunningham, and the musical carnival that is Tom Hall and the Plowboys.

The Tarlatans are a crew of musicians that seem to have not only found their sound, but also their audience. Speaking with guitarist and vocalist Taylor McCleskey, it’s clear that the band is comfortable where they are and the direction they are heading. McCleskey is joined by bandmates Ryan Williams, Eric Mixon, and Blake Shorter all of whom met and first began this endeavor in Clemson a little more than 5 years ago. Shortly after forming the band decided to take their talents to the Holy City where the scene is more conducive to making music a career. The Tarlatans recently entered the studio with renowned local producer Jay Clifford of Jump! Little Children fame at Charleston Sound Studios. “We have a great deal of admiration for Jay,” states McCleskey “and were honestly a little bit intimidated before we entered the studio, but he was so down to earth and pushes you to be a better musician. He helped us find our sound.” The group spent a great deal of time cutting the album “Good Luck” and have a big EP Release Show set for August 16 at Charleston Music Hall. The Tarlatans are a band that on the cusp of moving to a national audience, and “Good Luck” is primed to take them there. The next step is to shop the album around to indie labels, booking agents, and hopefully open some doors to industry insiders so that they guys can continue to build on the success they’ve experienced this far. Be sure to catch them this weekend at the Tasty Tomato Festival while you can still catch a seat on the front row.

With the album “Heart Pressure,” Luke Cunningham laid down the gauntlet for local acts with a rock ‘n roll record that marries gifted songwriting with great instrumentation. The result is something that not only sounds great on the radio but can be carefully deconstructed and appreciated by even the most discriminating ear. But not one to rest on his laurels, Cunningham just wrapped up tracking three weeks ago for his upcoming release that’s been nearly a year and a half in the making. “My definition of success is constantly changing,” states Cunningham “so the goal for this record is to open the band up to a larger geographic area get us into new areas of the country.” He lends part of the credit to his success to the musical incubator that Charleston has become. Originally moving to Charleston in 2003, Cunningham has worked his way into the scene by working at merch tables and helping to move equipment, eventually getting opening gigs. Now he’s the one returning the favors with Heart Pressure being named one of the top 5 local albums of the year by the Charleston Scene Magazine and Cunningham being nominated as 2012 Songwriter of the Year by the Charleston City Paper. “Right now the scene in Charleston is better than its ever been, “ asserts Cunningham. “There have never been more national acts that call the city home.” The list continues to grow and this year appears to be a strong one for bands hailing from the Holy City. Be sure check out Luke Cunningham and the rest of the great acts on the bill for the 5th annual Tasty Tomato Festival at City Roots in Columbia. Gates open at 4pm and tickets are $10. Come enjoy some homegrown tomatoes and tunes, its good for the soul. 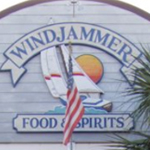