Playing music fast and furious is nothing new in the bluegrass word. Watching fingers fly over the strings of various acoustic instruments never fails to get my heart rate up and my toes tapping. Even a bluegrass aficionado like myself had to admit that hearing the band Trampled By Turtles perform its song “Wait So Long” was an epiphany, to say the least. Hailing from Duluth, Minnesota, Trampled By Turtles is a five-piece band that gathers its influences from far and wide. Just listening to the various songs by this band, I’m comfortable saying that the members of Trampled By Turtles are just as influenced by Metallica and The Buzzcocks as they are by the likes of Sam Bush and Earl Scruggs. As the popularity of the band has grown, so have the opportunities to get their music into more people’s ears. Tramples By Turtles tunes have been heard in motion pictures such as “The Way Way Back” and TV shows such as “Squidbillies and “Deadliest Catch.” The band will be playing the Music Farm in Charleston on December 16 with opener Nikki Lane. Ryan Young, Trampled By Turtles’ fiddle player, was nice enough to talk to us about the band’s origins, the making of its latest album, “Wild Animals,” and Young’s love of a certain alt-country duo from right here in South Carolina.

South Carolina Music Guide: How did the band form?

Ryan Young: “It started out as a side project for our mandolin player (Erik Berry) and our guitar player (Dave Simonett). They were both playing in a rock and roll band, and as a side project they decided to play some acoustic instruments in shows at some coffee shops. At one point they ended up getting a weekly gig at this place in Duluth. Our banjo player went to one of those shows, and afterward he went up to (Berry and Simonett) and told them that he was teaching himself to play the banjo, and would they mind letting him sit in with them. Then that trio ended up opening for another Duluth band, The Dukes of Hubbard, and they ended up stealing the bass player (Tim Saxhaug) from that band. I was the last to join. One of Trampled By Turtles‘ side projects opened up for a band I was playing in, and they ended up stealing me from that band.”

SCMG: How did the name of the band come about?

RY: “That was Erik’s idea. He wrote down a bunch of band names, and that was one that everyone didn’t hate.”

SCMG: classified in some places as “indie-folk/alt-country/bluegrass. Is that a fair label?

RY: “I guess that’s pretty accurate. I usually don’t classify us. We’re kind of a folky bluegrass band. We do all originals, we don’t do bluegrass covers or traditional tunes or anything like that.”

SCMG: You guys have played a lot of festivals. Is there any one that has stood out?

RY: “The Telluride Festival was special. We’ve done that twice now. It’s just that Telluride is so exclusive, and there’s such a small number of bands and audience members. It’s not like a huge Lollapalooza-style festival, although we’ve played that one too. That was amazing because we were playing in front of so many people. But Telluride was special, and we played the Newport Folk Festival a couple of times, and that one was extra-special because I’d been hearing about it my whole life. I tend to prefer the smaller festivals like those. The big ones are fun too, but in a different way. I don’t think I would ever go to one of those as an audience member, because it’s so huge, but going there as a performer is fun.”

SCMG: Have you guys ever played on the same bill with Shovels & Rope, a band from right here in Charleston? You guys really compliment each other.

RY: “Oh yeah! I’m a fan of those guys! They’ve come to Minnesota a few times, and if I was home I’ve gone to see them play clubs in Minneapolis. I love that band. They were on tour with Johnny Fritz. That’s how I actually first heard of Shovels & Rope. I went to see Johnny Fritz, and he was opening for them. I’d heard the name before, but hadn’t heard them until then. I was floored by their show.”

SCMG: I was watching the video for your song “Wait So Long” on YouTube. Man, for a bluegrass band, you guys are really hardcore.

RY: “Yeah, that’s probably one of the fastest songs we play. That one became kind of our first hit song, or at least the one that people noticed. Now we’re known for that song, but we have a lot of slower tunes too.”

SCMG: You’re touring in support of the band’s latest album, “Wild Animals.” Tell me a little about how that album is a departure at all from your previous releases.

RY: “It’s different mostly because this is the first album we ever used a producer on. We’ve produced all of our previous records ourselves. On this one we got a guy named Alan Sparhawk, who is the singer in the band Low. They write slow, pretty songs, and they’ve been around for about 20 years. People call them a “slowcore” band, but we are all fans of Low, and so we asked Alan to produce our record. He kind of puts his own stamp on the record, and it sounds a bit different from our older ones because of that. It’s not drastically different. It’s something that only really a hardcore Trampled By Turtles fan might be able to hear.”

SCMG: What can folks coming out to the Music Farm expect from a Trampled By Turtles show?

RY: If people have seen us before, it’s going to be the same sort of show, although we do a different setlist each night, so it will be a different show song-wise. Fro those that have never seen us, people have said that their first impression of Trampled By Turtles is how musically intense we are live. We can play really fast and really intense sometimes. We have tons of energy. We have some things in common with a punk rock or metal show. We try to find a good balance of slow, medium, and fast songs. People can expect a good time. Our shows are always a lot of fun. One thing I hear a lot of our fans say is, ‘You know, I’m not really into bluegrass, but I really like you guys!’ I hear that at every show. Someone will come up to me after the show, decked out in the full-on metal garb, and they’ll be like, ‘I don’t listen to bluegrass, but you guys are awesome.’” 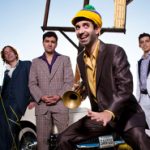 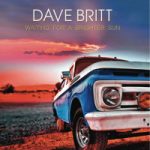