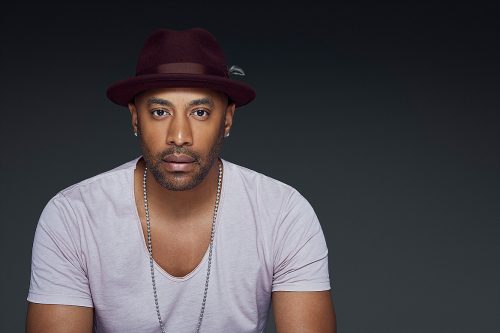 Back in the Spring,  I was privileged to have the opportunity to talk with an artist by the name of RĀI. He is a South Carolina native and a Winthrop University graduate, who has just released his debut album ‘Love’s on the Way’, on June 8th. Our conversation (like most interviews I do) was very organic. No question and answer, call and response,  that you get from the run of the mill click bait press. Instead we had a great conversation about his personal journey in music, his philosophy on music and the nuances of making an album from scratch.

My first question was how he ended up in New York and RĀI gave me an all too common answer. Once finished  with music school, he started a very good career in real estate, due the limited job market in music. Over time, RĀI climbed the corporate ladder and finished his Bachelors in Business, but music was still in the back of his mind. One day he found himself in New York because of his job and participating in the ever popular corporate rat race. After some self-empowerment assistance, RĀI concluded that he would never be fulfilled in life unless he followed his true passion for music. RĀI states “I was just going about life and lost touch with music, buried it, found it, and I am now running with it. I now have the courage (emotionally).”

Being a classically trained musician, the skill is obviously there. RĀI  says, “I wanted to make an album that makes people feel good. It has to have integrity with meat on the bones but not in your face. I want people to love the instrumental parts and background as much as they love me on lead. I wanted to standout because of my musical abilities, but I also wanted for people to fall in love the music.”

This being his debut independent album, RĀI used some personal connections as well as a great network of ad hoc local musicians. RĀI’s good friend Brandon John helped produce much of the album, but all instrumentalist and background singers were  freelancers from the New York city area. What a great use of technology to follow your career.

One thing that many new artists can struggle with is trying to define their sound and purpose in the music, but RĀI, as a seasoned musician, has this down already. RĀI is an R&B singer at his core but also flirts with gospel and soul music as well. It is very apparent that there is a strong southern influence on his music with a mix of northern modernism. RĀI wants to create songs of love, passion and introspection (underling of love and of being worthy of love) while doing his best to entertain and sending a non- preachy message. We may be in the South but this is not church. He wants to draw people in with the timeless R&B sounds and purity of the music. No tricks or gimmicks to catch your attention, only  to lose a week later. He hopes that he has infused his music with a lasting impression that will only be more appreciated as time goes on. He wants to walk the line of both traditional and contemporary R&B, to bring together audiences young and old under the sound of good music.

As for the future, RĀI is prolific with many studio compositions waiting in the dark, soon  to be released in the near future. For now, make sure to check out his album debut,  ‘Love’s on the Way’, released on June 8th, as well as his latest single, ‘Imagery of Making Love’.

You can find more on RĀI here: 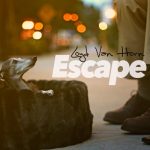 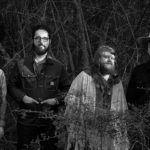