Following a long stream of popular local artists who have gone before him, Charleston native Tyler Boone is heading to Nashville.

After performing a rock hard jammin’ show at the Music Farm in Charleston, Boone plans to pack up his bags and join respected friends Sadler Vaden (Leslie, Jason Isbell’s 400 Unit), Mac Leaphart, John Wesley Satterfield, Parker Gins (Southwood, Crowfield), and legions of other musicians who are making the country music’s hub their home. Fans packed the Farm to cheer on Boone, as he gathered with friends and bandmates to say goodbye to the lowcountry on his quest to delve into the ultra-competitive, yet highly supportive city, for aspiring future music stars.

Boone’s journey has been a winding road of many local successes, and he’s had the opportunity to intern during his time at the College of Charleston with Hootie and the Blowfish guitarist, Mark Bryan. The experience helped Boone develop a business sense and understanding of the underbelly of the music scene, in which he’s been lucky to meet big movers and shakers that have inspired him to move forward with his plans. People like Doc McGhee, Bobby Cudd (manager of Old Crow Medicine Show), Blake McDaniel (Creative Arts Agency) and Cass Stripps (Creative Performing Agency) have offered their services once he’s made his final landing, and his positivity about the decision is impalpable.

Regarding Nashville and building relationships, he’s states, “If you’re actually there, and they get to know you, they’re more likely to choose you.” His plan is to stay in the area for a year or two and test the waters to see how welcoming the town is. Having supportive parents, he says, “they’re supportive, but I’m a man now. They are letting me find my way and do this on my own, but they want me to do well. It’s expensive, but I will find a place soon. Thankfully, I have good contacts in the area.”

Tyler’s history in music came early on while he was just a kid in school playing the trombone. “I hated it,” he says, “but then in high school, I sold it and bought a Gibson Les Paul (guitar), played in a ton of garage bands and played my first show at the Stratford High School Battle of the Bands (during) sophomore year. Come college, I was given an American Fender Strat for high school graduation and started a band called “Red House”. (Then I) got really into the blues. Shortly after that, I started playing solo stuff, and the rest is history with my band for the past 7 years.”  He began taking jazz guitar lessons, which is apparent in his highly stylized technique and in the quality of his riffs, with instructor Tom Mingoia. After turning just 18 years old, Boone organized “Red House”, his first band, with current members “Papa” John Fletcher and Arthur “IV” Young, a drummer with whom they had all played with in their high school’s Jazz Band. Later, they met up with Dan Rainey, who brought along girlfriend, Dallas Corbett, to form what is now known as Boone’s core band. The group has formed a tight bond that will continue after Boone moves to Nashville, as many of the musicians plan to move to Asheville to participate in North Carolina’s most popular music scene.  “Traveling between Nashville and Asheville is just a four hour trip,” Boone says. “So, we will keep gigging down the road.”

For his big sendoff, Tyler and his band were joined at the Music Farm for the final show in Charleston with friends from other bands; The Dunder Chiefs, Finnegan Bell (who offered sage advice to Tyler after having also lived in Nashville and having experienced the scene), and The Steppin’ Stones. A lively crowd of fans and friends roared as Tyler made his last debut on stage with favorites from his two published albums, and crushed the stage, singing and dancing along as Boone shredded his way through Bluesy and Pop tunes that have become his signature. With no surprise, Kravitz styled riffs easily dripped from his fingertips through solos, and he left the stage with more than just a supportive family. His legions of fans in the Lowcountry, and us at the Music Guide, will be following his progress as he proceeds. We all wish you the best, Tyler! Good luck and come back to visit soon. 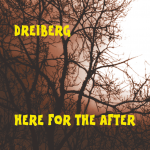 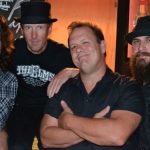