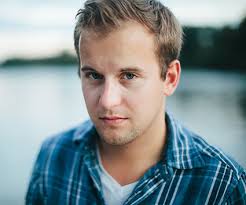 Since the inception of The South Carolina Music Guide one musician has stayed in constant contact with us.  We originally had little knowledge of this kid hailing from Charleston, but he kept us up to date on what he was up to, shared contacts, and really showed a passion and drive that was infectious.  This guy is Tyler Boone, and he really wants to keep you in the loop of what he’s doing.

On October 13, 2012 at The Tin Roof, Tyler had his CD release party for his latest offering, Changing Pace.  Tyler seemed comfortable with the atmosphere swirling around him.  The place was packed and he was waiting for the LSU/South Carolina game to end so he could start his own festivities.  In the midst of this chaos, Tyler took a few minutes outside with his band to answer some questions about himself and how he views the South Carolina scene in general.

Tyler started playing music when he was 16, playing in punk rock, metal and Christian hard rock bands.  At this time the other members of the band were in college and he was doing most of the work.  He booked the shows, set up hotel stays and scored the band free recording time.  After a while playing with those guys he changed gears and formed Red House, “Which is basically the band we have now,” Tyler tells me.  At the same time he was sick of the whole “band scene” and taking advice from a one time friend, decided to just go with Tyler Boone.  This takes care of the whole band break up drama that always happens in this industry.

The thing you need to know is that Tyler is not what he likes to call “a lazy musician”.  He believes if you want a musical career you have to be proactive and work your tail off.  While he’s out on the weekends playing gigs and concentrating on his music career he is also managing a full college schedule.  Referencing his parents’ strong work, ethic he knows he has to finish college first and foremost. With all the hype surrounding the young man you could easily see him scrapping the college life for full time touring and recording, but he’s forming his own path.

The first thing Tyler did with the new found freedom of not being in a “band” was his release A New Start.  Over 7 months, working with MJ Flick and 11 other musicians, Tyler said his life was changed.  He loved the experience and soon after this was released he was picked up by the late Johnny Diamond to manage his budding musical career.  He also met Mark Bryan of Hootie and the Blowfish and started working on his release Changing Pace.  Working with King City Records out of Charleston he released the CD on October 12th.  Though he was really excited about A New Start he says, “It’s great that it wasn’t too great, you know.  Now we have this clean glassy record (Changing Pace) and people are saying we must have gotten good or spent a lot of money”.

When asked how he would describe what he believes his sound is, he calls it bluesy-pop but he likes to dabble with several genres.  Recently he started playing shows with Rock Hill’s Sun Dried Vibes, a reggae-ska-dub step outfit.  He tells me he never really paid much attention to reggae until he heard SDV play I Shot the Sheriff and saw what that song did to the crowd.  “I saw the crowd get into it and start dancing and I said… I wanna do that.”  So his musical tastes and the sound he’s pooling from is ever changing.

It was fun getting to know Tyler and his guys.  I’m sure over the next few months you’ll be hearing more from him.  From here at the South Carolina Music guide we wish him the best.  Keep up the hard work! 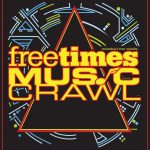 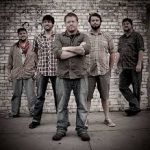