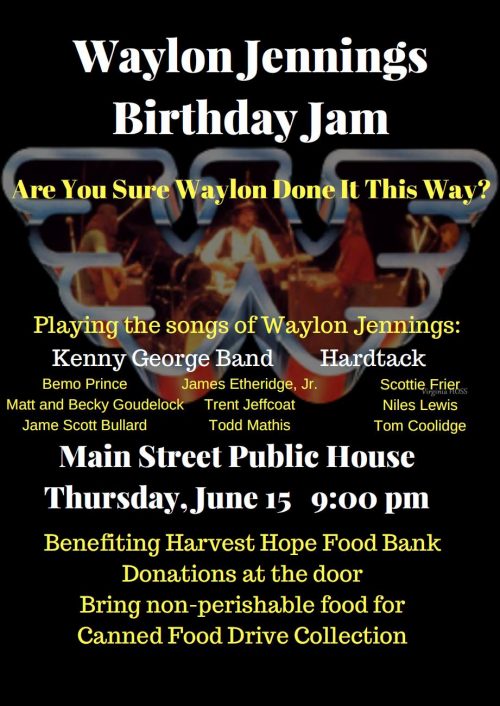 An eclectic group of local Columbia musicians has joined forces to pay tribute to the late outlaw-country legend, Waylon Jennings. The concert event, called the Waylon Jennings Birthday Jam, takes place on what would have been his 80th birthday, Thursday, June 15th 2017 at the Main Street Public House. The event is a benefit for Harvest Hope Food Bank, and attendees are requested to bring two canned goods, or make a monetary donation at the door, in lieu of admission charges. All food and money collected during the evening’s performance will go to feed hungry families locally in the Columbia area.

According to Kevin, the idea originated in “a bored morning on Facebook. I was listening to Waylon songs and posted a lyric or two as status updates, and my friends started commenting. I jokingly said ‘hey we ought to do a Waylon tribute show with all of you guys.’ I emailed the booking agent for Main St Public House and he called me about an hour later that morning, to ask some questions and say he’d be very interested, as it sounded like a fun show.”

Main St. Public House is kindly donating their venue space for the evening, and Wayne Munn has also offered his live sound production services for no charge. Main Street Public House is located at 1556 Main Street, Columbia, South Carolina 29201, (803)834-3409. Show time is 9PM.  Admission is two canned goods, or a cash donation at door. For more about the event, visit: https://www.facebook.com/events/1374570909298552 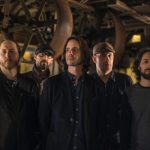 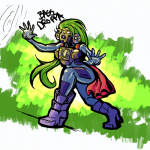